If Demi Lovato Can Admit to Relapse, So Can You

If Demi Lovato Can Admit to Relapse, So Can You

Singing the blues is a time-honored artistic tradition. Blues singers often approach the task with a cryptic veil that allows them to channel the idea of sadness or guilt without really admitting to anything. But for Demi Lovato, her bluesy single Sober released in June 2018 serves as a soul-baring, brave admission of relapse in her very public six-year recovery. The raw, heartbreaking ballad takes a hammer to the child Disney star’s sober pedestal with the lyrics, “And I’m sorry for the fans I lost who watched me fall again. I wanna be a role model, but I’m only human.” Consider for a moment how much Demi’s life and career are built around her redemption arc. Consider how long she must have privately battled with her guilt and shame before she finally became sick and tired of being sick and tired. So if she can admit to relapse, so can you. 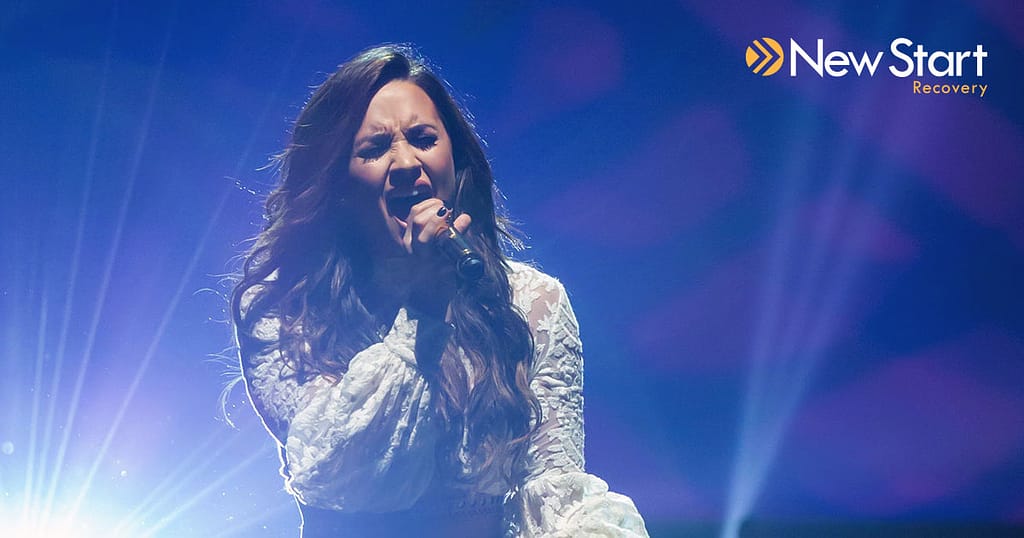 Most therapeutic modalities in recovery prescribe some form of journaling. Introspection helps us sort out complicated, repressed feelings that lose their way some time during active addiction. But it’s easy to forget about introspective expression once we’ve been in recovery for a prolonged period of time. And compounded with the other ways we neglect our sobriety, it’s no surprise that relapse eventually rears its ugly head. Even less so that it can go on for a while before we feel brave enough to cop to it.

For Demi Lovato, her relapse crashed a six-year streak of sobriety. That would feel defeating to even the most stalwart among us. But Demi eventually turned to her art (music) to express her grief and shame about falling off the wagon. It’s instructive to read through the lyrics of Sober and see how she seemed to internally dread her family and fans’ reactions to her fall for a while before finally coming clean.

We learn pretty early on in step work that honesty and surrender (like what Demi channels in Sober) hold the key to a better life. So why does guilt always seem to take that happiness hostage for a while first?

The Psychology of Toxic Shame

When applied appropriately, guilt functions as a constructive guide. It shepherds us to admit fault and consequently “do the right thing.” In terms of relapse, that means admitting to the slip up ASAP and rectifying the situation in whatever way possible. It’s pretty unlikely that Demi slipped up and released a song about it the next day. Rather, she probably stewed on her stumble for a while before gathering the courage to come forward. So what’s the difference? Many people conflate the feeling of guilt with the psychology of shame. Shame is actually a consequential reaction to guilt.

Whereas guilt can be constructive, shame is toxic in recovery. It often motivates negative (even regressive) coping behaviors as a result of the internalized, self-reinforcing fears. Consider how guilt over a relapse may channel into something positively actionable. Shame, on the other hand, is guilt gone awry. Compare how the two are different:

shame   noun
a painful emotion caused by consciousness of guilt, shortcoming, or impropriety

There is no way for us to know what went on in Demi Lovato’s head during her relapse. But events leading up to Sober’s release indicate that shame may have played a role in preventing her from seeking help. The fear of disappointing others acts as a powerful motivator to hide struggles with relapse.

Understanding the Real Stakes of Relapse

Admitting a relapse to your family and friends is difficult. But it’s the only way to work an honest (read: successful) recovery program. If a celebrity can step down from her six-year pedestal as a sober role model, you can face your family. And friends. But mostly, yourself.

The real stakes of relapse are not disappointing others. It’s shifting the trajectory of your days back to a lifestyle that does not serve you. Demi Lovato did not have to cop up to her relapse–she chose to because it’s the only way to work an honest program. People relapse every day. Rather than allow shame to mire your days around sneaking drinks and hiding bottles, consider the benefits of getting back on the right track. Because if Demi Lovato can admit to relapse, so can you.

If you or a loved one is seeking help for a substance abuse problem, our addiction counselors are available 24/7 for free case consultations: 855-737-7363