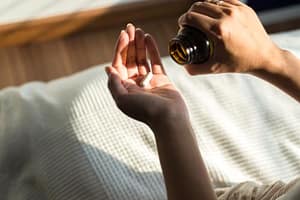 The last several years has seen an explosion in prescription drug abuse in the United States. This epidemic has cut across age groups and geographic boundaries, affecting every strata of American society. There is a perception around prescription drugs that they can be “trusted” more than illegal drugs aren’t because they’re obtained through a physician instead a street dealer. Frequently, the addicted person was initially prescribed medication for a legitimate ailment- such as ADHD or anxiety- only to see their use of the prescribed medicine spiral out of control. Maybe they experienced a traumatic injury and were prescribed powerful pain medication but found themselves reliant on an ever-increasing dose in order to feel the effect. The risks involved with this escalation of use can be hard to see until it’s already too late- and the consequences can be catastrophic. Quite often, addiction can lead the user to take illegal measures to obtain their drug of choice, even transitioning to illegal drugs if their drug of choice becomes unavailable.

Recognizing the Signs of Addiction

Though the medications being abused may be different, the patterns of abuse share many characteristics.

Defeat the Stigma. Get help and live your life free of addiction.

Most commonly abused prescription drugs fall into one of three categories:

Drug Free World reports that 45% of all drug related deaths are caused by prescription drugs, more than heroin, methamphetamine and cocaine combined.

How to Help Someone Addicted to Prescription Drugs

Recovery from prescription drug addiction is possible. If a loved one is struggling with prescription drug use, it’s important to do your research and gather knowledge. A professional assessment is necessary to determine which drugs are being abused and the best path to recovery. Detoxification is the first step to establishing lasting recovery. Each person’s experience will be different based on their preexisting conditions, the specific needs based on the drugs being abused.