What Happens To Your Body When Alcoholism Is Left Untreated

What Happens To Your Body When Alcoholism Is Left Untreated 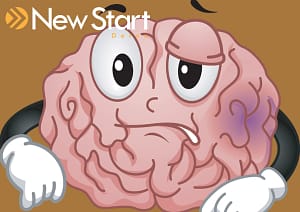 When Alcoholism is Left Untreated . . .

When alcoholism goes untreated, all aspects of health are affected, especially the physical aspect. The clinical term for untreated alcoholism is “alcohol poisoning,” and the implications are frightening.

When one is poisoned from the amount of alcohol consumed, areas of the brain shut down that control basic life-support functions such as temperature, breathing and heart rate. Loss of coordination, clammy hands, seizures, uneven body temperature, repeated vomiting and irregular breathing are all symptoms of alcohol poisoning. When they begin to surface, it’s time to get treatment.

According to Medical News Today, some of the most common bodily health risks of alcohol poisoning, which result from untreated alcoholism, are liver and brain damage, pancreatitis and compromised immune system.

Pancreatitis: This condition is a painful inflammation of the pancreas, usually preceded by five to ten years of chronic alcohol abuse. Mild cases may not require treatment, but severe cases such as those caused by untreated alcoholism can cause life-threatening complications and require hospitalization.

The moral of this story is to treat alcoholism as soon as possible. When symptoms surface, do not wait until the body completely disintegrates. Once addictive substances have left the body, healing can take place and people do recover.