The Relation Between Musicians and Drugs/Alcohol

The Relation Between Musicians and Drugs/Alcohol 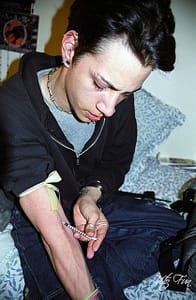 Jimi Hendrix, Janis Joplin, Jim Morrison, Elvis Presley, Amy Winehouse, Whitney Houston…
What do these musicians have in common? They died from overdose.

There is a huge relation between drug abuse and musicians, and it’s growing every year. We hear about musicians passing away, and it’s almost always from a drug or alcohol overdose.

Deaths from prescription opioids (oxycodone, hydrocodone, methadone, etc.) have more than quadrupled since 1999. It’s increasing popularity because drugs in general are becoming easier to access and take. You can find a dealer anywhere, and if you’re desperate, you can look online for one.

Musicians especially have an easy way of finding drugs. Most musicians perform at night, in front of huge crowds that are drinking and high themselves. Since they are in that kind of environment frequently, they have an easier time finding a dealer.

A lot of people that are in the audience are mostly there to listen to the music and dance. If they enjoy the music, they would want to meet the band members. And to get an “in” with the band members, they might offer them a hit to do together. Once the drugs hit the body, it causes an adrenaline rush and everyone is in a “feelin’ good” mood. Thus, they do more drugs to get that “feelin’ good” mood and it becomes an addiction.

Most of the audience is already influenced by alcohol or drugs, so it doesn’t help the situation any better.

Musicians are popular. If you are “in” with them from dealing, you’ll have an “in” with the musician’s friends as well. That means a bigger customer base and more buyers.

Many musicians are young and naive. They will try anything because they don’t think twice about it. This starts the downhill spiral of musicians passing away at an early age from drugs.

It’s actually not cool, but they are naive, remember? They will think it’s cool because others are doing it. And peer pressure is a real thing which is not healthy. Don’t give in.

If you or someone you know is struggling with addiction, please call us. We would be happy to help, with a free and confidential assessment. Click this button or dial 855-737-7363 into your phone to receive help right away.
FacebookTwitterShare
Posted in Addiction, Alcoholism, Culture, Drug Addiction, Health and Wellness
Tagged Diagnosing Addiction, Media