The world has moved forward since the days of Pong  and Pac-Man. Sure there are still die-hards for these old-school games, but today’s games have created a whole new breed of gamers. First person shooter, open world, massive multiplayer role-playing games, gaming competitions, YouTube livestreams and cheat channels, conventions . . . video gaming is a huge, booming industry. When you think about how big the industry is, it isn’t too hard to believe that there is a solid connection between video games and substance abuse.

The connection is unfortunate but the inherent performance-based nature of video games makes it inevitable. So we laid out the three major ways substance abuse ties to video games.

1. Adderall as a Performance-Enhancing Drug

The world of gaming has become pretty intense throughout these last couple of decades. With professional gamers and whole YouTube channels devoted to every gaming nuance, it takes much more than a wireless mouse and light-up keyboard to keep up with the gaming Joneses these days.

Enter: Adderall. Many gamers are turning to Adderall to help keep them alert and focused during a session. Similar to athletes using performance-enhancing drugs to up their physical game, gamers turn to this popular amphetamine to up their cognitive game.

How Does Adderall Work?

Adderall is a stimulant for the central nervous system that is medically used to treat ADHD. It increases production of dopamine and norepinephrine in the brain as well as epinephrine in the adrenal gland (think: adrenaline). Doing so causes a person to become more calm and focused. Adderall is also sometimes used to help people with narcolepsy be more alert. Adderall must be prescribed by a doctor.

Adderall can be used to help someone with ADHD calm down and focus on the world in front of them. So you can imagine then why a gamer might use Adderall to help him stay focused on his game. Interestingly, the idea that Adderall helps increase cognitive abilities in healthy people has yet to actually be proven. Gamers who claim that Adderall helps them win might actually be experiencing a placebo effect. The thing is, Adderall is an amphetamine, which – among other things – means that it’s addictive. Adderall triggers a release of dopamine, which can create a euphoric feeling that the brain will crave. Hence the addiction. So misusing Adderall to enhance gaming performance is incredibly risky, especially given that an enhanced performance hasn’t been proven to occur.

2. Brain Chemistry and the Dopamine Chase 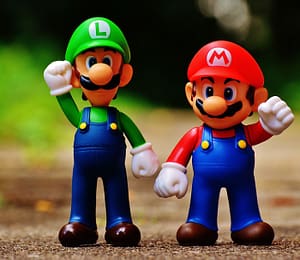 How do you feel when you have the most kills at the end of a Call of Duty game? Or how about when you finally got that Immortal title for beating 25-man Naxxramas without any deaths back in the day? Gaming achievements make gamers feel good. And it’s not without justification. Achievement of a challenge prompts the pleasure response in the brain. This means that dopamine gets released in higher than usual amounts, creating a feel-good, euphoric sensation. That pleasure-response is what makes gamers want to keep playing. If they play and get another achievement, they will receive that same response. If a red flag just went up in your mind, you’re keeping up.

Addiction is the result of this pleasure-seeking activity. Certainly, the dopamine chase can lead to video game addiction. But what happens when gaming achievements aren’t enough anymore? A person can turn to other substances to achieve that high. For example, cocaine causes that same release of dopamine in the brain that a gamer may become addicted to. Cocaine is a quicker dopamine fix than gaming because it requires no skill or work to achieve the high. It’s also a lot more dangerous.

Jumping from video games to cocaine might sound extreme but it’s scientifically very plausible. As your opioid receptors keep getting manipulated into releasing more dopamine, the amount it takes to reach that euphoria starts to rise. Soon simple pleasures won’t be adequate to create any rewarding feeling. But the person will still crave that dopamine. So he’ll seek something stronger to trigger that chemical release. Cocaine is just one illicit drug that can replace video games in the dopamine chase.

3. Glamorized Presence of Drugs and Alcohol in Video Games

There has been a long, on-going debate about video game violence. There’s literally a whole gaming category devoted to the gamer shooting other people (first person shooter, if that wasn’t clear). And then we have the curb-stomping, meat shield handling characters of games like Gears of War. Even if you’re a violent video game advocate, you can’t actually argue that enough of it exists to be vilified. This violence battle allows the presence of drugs and alcohol in video games to fly completely under the radar. Substances have a huge presence in video games. We just have a harder time actually acknowledging it.

Adolescents are especially susceptible to the content in their favorite games. Gaming graphics have become so advanced that it’s easy to lose yourself in each game for the moment of play. Life-like is the norm nowadays. Obviously kids know the difference between real life and video games. But it doesn’t take much for the presence of bad habits in these games to seep into everyday life. Drugs and alcohol have a huge presence in video games and it’s a presence that we don’t even really notice. For example, the PS3 game Haze centers its characters by using a performance-enhancing drug to stay sharp. Sound familiar? It pretty much parallels gamers’ misuse of Adderall to stay on top of their game. And because the performance-enhancing drug in Haze is what differentiates the protagonist (the gamer) from his enemies, it appears as a necessity and is therefore not flagged as triggering.

Other video games that plug substances:

For those who aren’t as versed in the gaming world, half of the games on this list were best sellers in 2016.

Adolescents aren’t the only ones affected by substances in video games. Adults can be victims too. The relationship between violent, substance abuse related games and actual substance abuse is more or less reciprocal. An adult who participates in binge drinking or drug use who also sees or makes his gaming characters do the same is likely to be more permissive of the activity.

So what’s the takeaway? 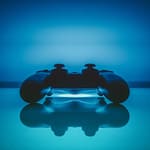 At ease, gamers. Video games aren’t evil. They can’t solely push a person into substance abuse. But there is no doubt that a connection between substance abuse and video games exists. By all means, if leading the kill chart in Call of Duty is what makes you happy, go for it. Just try to stay aware of the lurking presence of substances so that you (or your teenage gamer) don’t fall victim to harmful habits.

New Start Detox can help if you or someone you know is struggling with substance abuse and addiction. Call us at 855-737-7363 for a free and confidential screening. We also have a live chat for those of you who are more comfortable behind a monitor (gamers, we’re looking at you).