Consequences of Addiction: What to Do After Sharing Needles

Consequences of Addiction: What to Do After Sharing Needles 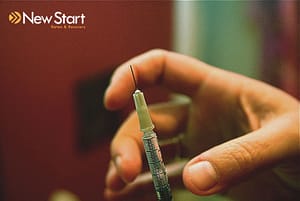 An addict, deep in his addiction, is desperate to use again. He has his drug, water, and a quiet spot. One problem: he has no clean needles. His friend offers up her rig when she’s done with it. The withdrawal symptoms are making him sick and his high is within reach. So he takes the offer.

Despite knowing that needle sharing is dangerous, it is still incredibly common among addicts. Sharing needles increases the risk of transmission of dangerous diseases, such as HIV and Hepatitis C. It also allows addicts to continue to participate in their addictions even when restricted by the lack of needles and other gear. Unfortunately, even addicts who are against needle sharing are likely to fall victim to the call of their drug of choice when used needles are the only option.

So it’s important to know what to do after sharing needles.

People who have contracted diseases like HIV or Hepatitis C might not show signs or symptoms of the disease for years. Just because you look and feel healthy, doesn’t mean you are. It’s crucial to see a doctor and get tested for these diseases as soon as possible after sharing needles. Getting tested and remaining aware of your health status is the best way to make sure you won’t spread the disease further.

Getting tested will also help your own state of mind. Whether the results are positive or negative, it’s better to know than to be stuck battling doubt and anxiety. Furthermore, if your results are positive, you need to develop treatment plans immediately so that the disease doesn’t worsen needlessly. 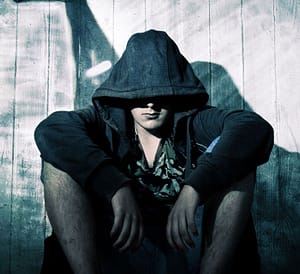 There are many ways to prevent needle sharing and disease transmission. But if a misstep happens, it’s important to handle the situation as it is rather than dwelling on what could have been. Many addicts are overcome by the desire for a fix, the instant gratification of the high, or withdrawal sickness. Any or all of these can break down an addict’s willpower and essentially force him or her into sharing needles. But after the gratification of the high wears off, the shame will set in.

Managing your shame will help keep you in the right headspace so that you don’t develop larger disorders, like depression or anxiety. It might also help to stop you from participating in sharing needles again.

Needle sharing can be an indicator for a larger problem. If you’re willing to share needles to get your fix or combat withdrawal, you might want to think about seeking treatment for drug addiction. A drug detox program is the first step of recovery. It will help combat withdrawal and take you away from an atmosphere of street drugs, needles, and dangerous diseases. Further recovery will then help to free you of the need to share needles by healing your addiction.

If you or someone you know is struggling with addiction, call us at 855-737-7363 for a free and confidential assessment.
FacebookTwitterShare
Posted in Addiction, Culture, Drug Addiction
Tagged Diagnosing Addiction, Resources