Relapsing in my Sober Relationship

Relapsing in my Sober Relationship

I was sober for a little over 3 years and my girlfriend’s been sober for 5 years. We met at our local AA meeting a little over a year ago but didn’t start dating until a couple months after. She was struggling with alcohol and prescription drugs, and 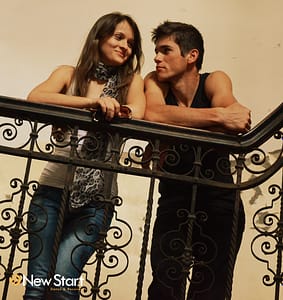 my drug of choice was heroin (amongst other drugs I could get my hands on). We had many low points. She prostituted herself for money and I took money from my family. We eventually lost hope, hated ourselves and wound up in different rehabs. Rehab and relapses were common in my addiction. I’m not embarrassed by them; it doesn’t define who I am today. If anything, it makes me stronger. It makes me aware of my addiction and I found the strength to get treatment again. But what I didn’t know, is that I’d be relapsing again 3 years later.

It was my brother’s bachelor party

I told him and his friends that I was in recovery and they understood and asked if it was okay to just bring booze. Yeah, sure, that’s fine. I’m living in a society where alcohol is everywhere, and I want my brother and his friends to have a good time. They shouldn’t have to limit themselves because I’m coming. Alcohol wasn’t my issue, anyway. If they were to bring heroin or other hard drugs, that’s a different story. But they knew that already. Until I saw them pull it out of their bag.

It was the night we arrived in Vegas and we were putting our stuff away in our hotel room. We had complimentary bottles of champagne and a packed fridge of beer and liquor they brought. I don’t drink, but I don’t mind others drinking.

My girlfriend told me over and over again: if I feel pressured or need to escape, text her and she’ll call me. She also suggested to me, calling my sponsor or my other sober friends. I know I have support just a phone call away. But it was 3 am and I was already gone.

Jason’s friends took out liquor and shot glasses and lined them up. “I’m good, thanks”, I told them reassuring them it’s okay to drink with me around. “I have my Coke that I’ll be drinking for the night!”

I’ve learned a lot in recovery, and one of them is to always have a non-alcoholic beverage with you at all times in a situation like this. That way, you don’t feel obligated to drink alcohol.

Around 8:30 that night, Jason and his friends were pretty drunk. I made sure they weren’t dicks to waitresses and they drank enough water through the night. I kind of felt like their babysitter.

By 11 pm I was sick of being their babysitter.

If you’re so bored, why don’t you drink with us!

It was a common question throughout the night. “You didn’t go to rehab for alcohol”, “We are celebrating your brother’s wedding!” “What happens in Vegas, stays in Vegas.”

They were right. It was my brother’s wedding, and I’m not in recovery for alcohol. And just because I’m drinking tonight doesn’t mean I need to continue drinking when I’m home.

All of us were getting pretty toasty as the night progressed. We gambled a lot, won a lot, lost a lot, walked a lot, and drank a lot. And we promised each other to stay awake at 2 am so we can attend the afterparty-party in one of the hotel buildings. By 2:30 am, we were done gambling for the night (I was able to win $63.60) and went back to our rooms to get ready for the afterparty. We were wasted, slurring our words and could pass out if we laid on the floor. But we were determined to make it to the afterparty, mainly because we told some ladies that night that we would go if they went too.

“Who’s ready to get energized and party?”

Kyle pulls heroin out of his bag

My mouth started to water but my body was telling me to stop. But I can’t stop. I was so gone, and watching him get it ready made me want it even more. He lit it for himself and passed it around.

The entire night was a blur. I couldn’t remember anything after I started drinking. I woke up with just my boxers on and walked to the living room to see the others.

“What the fuck happened last night?”

No one remembered much, but Kyle noticed his heroin on the table and connected the dots.

I can’t believe this happened.

I went home that day

And I knew what happened and I was not okay with it. And instead of dealing with it in Vegas, with the potential to relapse again, it was best for me to go home. I didn’t want to be part of it, and it was a closure that I shouldn’t be drinking, either.

I called my girlfriend because I wanted to tell her. She was upset with me but she was prepared for it because relapses can happen anytime and anywhere. And in Vegas, there was a better chance of it happening.

I didn’t want any chance of addiction again, so my sponsor set me up with detox and I completed it a week later. Afterward, I planned out the AA and NA meetings I would attend and scheduled to see a therapist every week. My girlfriend was encouraging and supportive because she knew I didn’t want to fall in the loophole again. She suggested that I cut off any parties in the future, and if there’s an event that I’ll be “babysitting” again, I probably shouldn’t go. She was right.