It’s no surprise that the pandemic has caused drug use to skyrocket. According to the CDC, 2020 had the highest overdose deaths of any year in US history. But there is one particular drug that exacerbates accidental fatal overdoses in a truly scary way, and death rates in Orange County, California continue to rise exponentially every year. Illicit drug manufacturers and distributors have discovered in the last few years that fentanyl offers a very cheap way to increase the potency of street drugs. Many Orange County fentanyl overdose deaths are due to the drug being laced into both illicit drugs and pharmaceutical street drugs.

Prescription drug abuse rates skyrocketed when drugs like Oxycontin and Xanax were introduced in the ‘80s and ‘90s. While doctors prescribe opiates and benzodiazepines for legitimate medical reasons, they are often not taken as prescribed and can easily be stolen by others who have access to medicine cabinets. Since opiates and benzos present high risk for addiction, addicts often resort to seeking the drug on the streets once they’ve lost access to legitimate medical prescriptions.

Although street Xanax and street Oxycontin may look the same as their counterparts from the pharmacy, fake pills are manufactured en masse with absolutely no regulations. These fake pills contain varying amounts of fentanyl with no indication of dose. Since fentanyl is 50 times more potent than heroin and 100 times more potent than morphine, Orange County fentanyl overdoses are common with a high risk of death due to respiratory failure.

Former US Representative Tim Murphy addressed Congress by stating the dangers of fentanyl, “This is the way the drug dealers increase profits: Stretch out their supply and expand the number of addicts by juicing the potency of heroin or other street drugs, sort of what people have done with MSG in foods. Users often don’t even know that fentanyl is in the heroin. The fentanyl crisis is exceptionally dangerous because of its high potency and the speed with which it reaches the brain. Just 2 milligrams of fentanyl can kill, whether swallowed, inhaled, or absorbed through skin.” 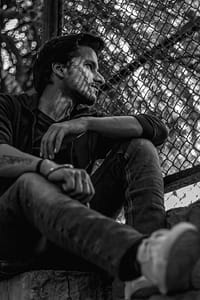 Between 2016 to 2020, recorded fentanyl deaths in Orange County rose by over 1,000%. According to the Orange County coroner’s office, these are official fentanyl overdose deaths by year in the county:

These Orange County fentanyl overdose numbers are likely underreported. According to new research released in the medical journal Addiction, the number of deaths attributed to opioid-related overdoses (including fentanyl) could be 28 percent higher than reported due to incomplete death records. “A substantial share of fatal drug overdoses is missing information on specific drug involvement, leading to underreporting of opioid-related death rates and a misrepresentation of the extent of the opioid crisis,” said Elaine Hill, Ph.D., a senior author of the study.

These increase in deaths are directly correlated with the rising amount of fentanyl circulating on the streets. In 2020, the Orange County Sheriff’s Office confiscated more than 1,761 pills and 64 pounds of powdered fentanyl. By mid-2021, deputies had already seized 57,000 pills and 87 pounds of fentanyl powder. This upward trajectory is anticipated to continue as the drug is smuggled into the United States.