Federal Law vs. State Law: Which Prevails in the Marijuana Debate?

Federal Law vs. State Law: Which Prevails in the Marijuana Debate?

It’s actually shocking how many people don’t understand legal jurisdiction. They don’t know where federal law leaves room for state law and where state law bows down to federal law. But if you sit down right now, can you tell me the specifications? Maybe it isn’t really that shocking that many people can’t answer that question. But these things are important to know, especially in cases like marijuana legalization. No matter what your beliefs on the drug might be, how the government feels about the drug should be important to everyone. That is, after all, who gets us in trouble or even tells us if trouble is a possibility.

The U.S. government has two basic levels: federal law and state law. Federal law applies to the nation as a whole, essentially treating it as one state. It also treats each of the 50 states equally and applies to all of them. State law, on the other hand, only has jurisdiction within the borders of that particular state. So, California State Law can be different than Oregon State Law, which can be different than Kentucky State Law, and so on.

If a state law gives an individual more rights than federal law, then it makes sense that the state law will prevail over federal law. But that’s actually not the case.

According to the Constitution…

There is actually a specific clause that explains what happens when federal law and state law disagree. It’s called the Supremacy Clause and can be found in Article VI of the United States Constitution.

Now that’s a mouthful. Basically, this Supremacy Clause explains that federal law gets the final say, even in cases where state law disagrees. Federal law is the ultimate law. What that means for people wondering about what kind of trouble they might get into is that you can be doing something protected by state law, but if you’re stopped by feds and federal law disagrees, you can be punished.

What Does that Mean for Marijuana? 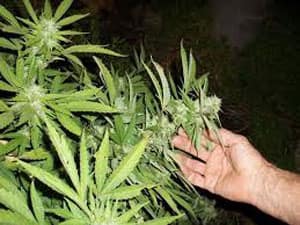 The Controlled Substances Act (legislation at the federal level) classifies marijuana as a Schedule I substance. Basically, that means that federal law is against marijuana. It believes that the drug is dangerous, easily creates dependency, and has no medical value. But some states – like California this year – have passed laws dubbing marijuana legal in varying degrees. But, before we all celebrate with blunts and bong hits, remember that federal law says no to marijuana. So, who’s right?

According to the Supremacy Clause, federal law prevails. So, you can be within the borders of a marijuana-friendly state and partake in the smoking or growing of pot. But if federal law officials stroll in and stop you, you can be punished. And that’s that.

Federal law isn’t the only thing you need to be wary of when it comes to substances like marijuana. Many people claim that it’s dangerous and deadly and shouldn’t be messed with. But others fully support and praise the green bud for its miracle-esque medical effects. It’s just important to realize exactly what you’re putting into your body, no matter what it is. It’s ultimately up to you to decide if you support or oppose marijuana. I only advise you to stay educated on the risks and benefits. Blind support and blind opposition alike are never good.

The question gets a little more convoluted when you’re in recovery. Whether or not it’s okay to smoke pot in recovery is a huge, hot topic recently. Some people believe that if you’re smoking, then you’re not really clean and sober. But others feel that the medical benefits of the plant should outweigh someone else’s definition of what “clean and sober” is. Check out our blog article on smoking marijuana in recovery to find out more about the risks and benefits.

This whole federal vs. state law topic can seem like a “go ask your mother” debate at times. And, when it comes down to it, that’s exactly what it is. But it’s important in any case to remember the weight of federal law so you don’t find yourself blindly in trouble down the road. We have enough to worry about as we strive to stay sober and grow in recovery.

If you or someone you know is struggling with addiction, don’t hesitate to reach out. New Start can help. Call us at 855-737-7363 or talk to us on our website.