Nobody’s Perfect: The Link Between Body Image and Substance Abuse

Nobody’s Perfect: The Link Between Body Image and Substance Abuse

We’re surrounded by body image propaganda everywhere we turn, from billboards and commercials to book covers and school posters. It appears so often that we think we don’t even notice it anymore. But we do. And it forces us to look back at ourselves. How much time do we spend looking in a mirror each day? Even recovery supports the idea of holding a “mirror” up to ourselves. However, while recovery forces a more internal self-assessment, there’s no doubt that self image is a big part of our daily life. 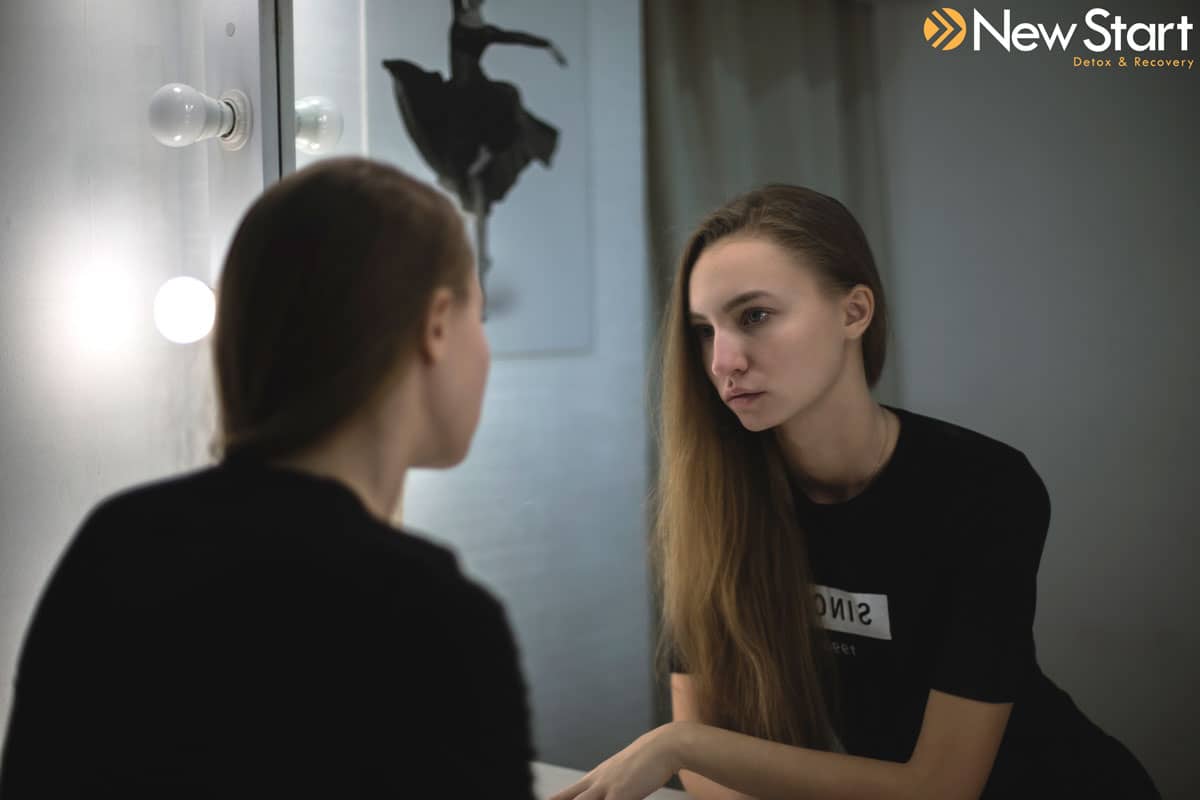 Body image issues are actually more common than one might think due to constant attention on perfection, forced by the media, our peers, and ourselves. In fact, over 30 million people suffer from an eating disorder in the U.S. alone, according to the National Association of Anorexia Nervosa and Associated Disorders (ANAD). Substance abuse has actually been linked to eating disorders. People, especially young adults, with body image issues are more likely than their peers to use and abuse drugs and alcohol.

Substance Abuse as a Way to Control Weight

Drugs and alcohol have commonly been used as a tool to control weight. Substances can suppress appetite, thus overpowering a person’s cravings and allowing them to skip meals. Drugs and alcohol can also be used to cope with avoiding eating by distracting from the disordered eating process in cases where the substance fails to completely suppress appetite. Alcohol, specifically, also helps to enable purging. About 10% of people suffering from bulimia – an emotional eating disorder usually classified by binging and purging – also struggle with addiction.

Substance Abuse as a Coping Mechanism for Depression

People with eating disorders usually struggle with a contorted idea of perfection. They believe they are not good enough and either go to extremes to attempt perfection or punish themselves for not being perfect. However, there is no such thing as perfection. Or there is at least no set definition for perfection in humans. So perfection is unattainable, which causes constant feelings of failure, leading to depression.

Not only can depression cause eating disorders, but eating disorders can lead to depression as well. People who suffer from bulimia or anorexia are generally malnourished and underweight. These health issues can cause physiological changes within the body that actually negatively affect mood. Those who suffer from depression often turn to drugs and alcohol to cope by distracting from negative feelings and stressors.

There’s a general misconception that only women struggle with eating disorders. However, men struggle with body image issues and eating disorders as well. One of the main causes of male eating disorders is the idea that muscular means masculine. The patriarchy has constructed this idea and propagates it everywhere. Steroids are used to compensate for natural muscle growth. However, steroids can actually be a gateway drug. Additionally, men may abuse alcohol and other substances to seem more “manly” or to monitor weight.

Eating disorders require professional treatment. However, there are ways you can combat body image issues before they develop into eating disorders:

Both substance abuse and eating disorders can be very dangerous to our overall health. It is incredibly important to seek help if suffering from either or both of these issues. While eating disorders require intricate treatment, our addiction specialists can help you find treatment for substance abuse. Call us at 855-737-7363 for a free and confidential screening.