Tips for Making Amends in Recovery

Tips for Making Amends in Recovery

Addiction isn’t a containable disease. It doesn’t just affect a single person and continue to stay focused and contained on that one, misfortunate individual. It can’t remain boxed in on the addict because the addict isn’t alone in the world. He has connections, speaks to other people, and lives in society. Therefore, other people are hurt in the wreckage. This is exactly why two out of the twelve steps of the AA 12 Step Program are centered on making amends to others. Step 8: Made a list of all persons we had harmed and became willing to make amends to them all.

Step 9: Made direct amends to such people wherever possible, except when to do so would injure them or others.

We understand that making amends can be scary and difficult. It’s hard enough to swallow the fact that we’ve hurt loved ones in our struggle, let alone having to actually speak it out loud to those people. So, we’ve put together a list of tips and advice for making amends in your recovery.

1. Focus on yourself first

There’s a reason that making amends isn’t mentioned until the eighth and ninth steps. Getting sober and being able to maintain that sobriety should be your primary focus early on in your recovery. Early recovery will be a time of change and growth. A recovering addict needs to be able to manage his own feelings and realizations before he can attempt to mend bridges with others. But that’s not to say that a recovering addict shouldn’t be cognizant of the fact that other people do have feelings and that there may be some initial resentment or lag coming from the people in his life. But again, you need to work on yourself first to get to a point where you can appropriately address that tension.

Making amends isn’t the same as saying sorry to someone after you accidentally bump into them in a crowd. Amends go deeper than that because the damage is deeper. “Sorry” is a cover-up. Where recovery and addiction are concerned, merely apologizing is a Band-Aid on a wound that needs stitches. Making amends is about fixing something that you take responsibility for damaging. In much the same way that someone would buy a new phone case for a friend after he dropped his friend’s iPhone, cracking the corner of their case, a recovering addict needs to offer a solution for the damage he caused in his addiction. What that solution turns out to be is up to the individual.

Apologizing: “I’m sorry I stole $200 from you to buy a couple grams of heroin.”

Making Amends: Giving the money back to the person.

There are two main types of amends: direct and indirect. Direct amends are exactly what we talked about in the last step. They involve admitting your wrongs to the person and then making it up to them. Sometimes direct amends can actually do more harm than hurt. In these cases, it’s better to make indirect amends. 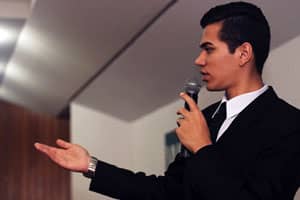 For example, let’s say that an addict set up lines of cocaine for someone else at a party and that person overdosed. During recovery, the addict was forced to revisit and evaluate his role in that unfortunate incident. He needs to make amends. Direct amends might include going to his former friend’s parents’ house, admitting his fault, and attempting to find a way to repair some of the damage to them. However, he can’t replace the parents’ son and forcing them to also revisit the situation, reopen painful wounds, and face someone that played a part in their son’s death would most likely hurt the parents more than it would help. Instead, the recovered addict could speak at colleges about addiction and tell his story. He can try to prevent others from doing the “cool” thing and maybe even save someone else’s life in the process.

Some treatment programs even invite those who have graduated from their program to come speak out about their stories to help others. New Start actually does just that in our Alumni Program. Alumni can come back after graduating from our program and speak out about their journey, spreading strength, hope, and support.

It’s likely that your list of people to make amends to will be long. Your addiction can hurt everyone around you. But it’s important to not get overwhelmed by the emotional turmoil that comes with admitting your wrongdoings. Try starting your list with just your close loved ones, like your girlfriend or parents. Once you’ve accepted the ways you’ve hurt those closest to you, move on to friends and acquaintances. If you try to include everyone all at once, you can become stressed, anxious, and overwhelmed. These are trigger emotions that can lead to relapse or make you want to give up. Also, remember that amends won’t all happen overnight. It can take some time to make amends to certain people. Just try to stay on track in your recovery and constantly work to be a better, more thoughtful person. Others’ forgiveness and trust will come in time.

5. Consider enlisting the help of a sponsor

Not everyone subscribes to the idea of having a sponsor. Many people will tell you that having a sponsor help you through the twelve steps is the most beneficial (if not the only) way to appropriately work them. But your recovery is yours. You’re the one who gets to decide how you live your life as well as how you live your recovery. That said, a sponsor could help you balance the weight of making amends, even if just by offering emotional support. If you want or need more support, a sponsor can guide you through the steps, give advice on the best way to make your Step 8 list, and even share stories of their own amends journey.

Making amends is explicitly listed in the Twelve Steps of Alcoholics Anonymous. However, you do not need to be part of AA to make amends. Realizing and admitting your wrongs, facing others, and repairing the damage you caused are things that should always be done, whether a person is a recovering alcoholic, meth addict, or both (or even a normie for that matter). 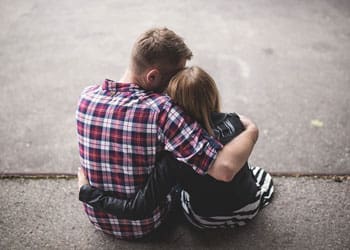 However, making amends – as crucial a process as it is – can be a very emotionally charged experience. But it will also be uplifting and positive for yourself as well as your relationships. It’s never easy to admit that you’ve hurt others. But repairing those wrongs will make you a better person and might even heal relationships that you once thought were permanently burned.

If you or someone you know is struggling with addiction, New Start can help. Call our addiction staff for a free and confidential screening: 855-737-7363