“When all Americans are treated as equal, no matter who they are or whom they love, we are all more free.” – Barack Obama

PSA: LGBT individuals are part of every single community in our country, no matter their race, ethnicity, culture, or socioeconomic status. In fact, there are approximately 9 million people in the LGBT community in America alone. Of those people, a high percentage is suffering or has suffered from substance abuse disorders. However, while rates of substance abuse among LGBT people may be high, little attention is given to them or their struggles.

Why are Substance Abuse Rates So High in the LGBT Community?

The Stress of Constant Opposition

The LGBT community has been constantly faced with adversity throughout history. And the opposition comes from all angles. America has only recently started to accept the presence of homosexuality and the LGBT community in legal contexts. But there are still individuals who refuse to accept or respect them. Many LGBT individuals are also discriminated against by their own families in their own homes.

Having to face such obstacles every day could definitely push someone into substance abuse. Stress is a huge trigger for substance abuse, no matter if the stress comes from work, relationships, or, in this case, constant opposition. People who face large amounts of stress in their daily lives are likely to seek an escape. Drugs and alcohol both offer relief from that stress but the relief is temporary. People who turn to substances to cope with stress are likely to become addicted because of the temporary nature of that relief. Chronic substance abuse results from an attempt to lengthen the relief. 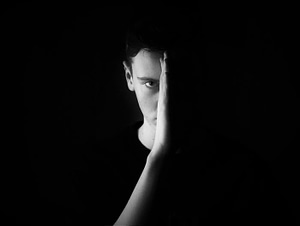 Because homosexuality, transgender, and bisexuality are all seen with so much hate and adversity, people who identify as such are prone to feeling isolated from the rest of society. It also doesn’t help that our society is notorious for being incredibly heterocentric and patriarchal. They not only feel like they don’t fit in, but they also feel that their opinions, ideas, and voices aren’t valued like everyone else’s. Take, for instance, a gay youth. He really only has two options under the heterocentric patriarchy. He can ignore his homosexuality, pretend he is not gay and try to live behind a mask or he can come out and open himself directly to the hate. Both options will undoubtedly still leave him isolated and depressed.

People who have experienced depression are likely to turn to substance abuse to help relieve their pain by bringing them up to an artificially happier state. Drugs like cocaine, meth, and ecstasy all stimulate euphoria. They trigger the brain to release more dopamine, which causes a euphoric high. The high can be effective in making someone struggling with depression in a homophobic world feel normal, happy, and open. But it won’t last long. Once the high wears off, you’re left feeling weighted, alone, and sad once again. Some of these drugs can even add to a person’s feelings of anxiety or depression once the high wears off. Withdrawal symptoms for a cocaine addiction, for example, include depression. An addict will feel forced to keep using the drug to keep these feelings at bay.

Suicide and the Severity of Depression

This sense of isolation and the negativity that is relentlessly thrown at LGBT individuals doesn’t merely cause sadness. Suicide rates are incredibly high in the LGBT community.

Those who were unsuccessful in their suicide attempts or have not resorted to suicide are likely to self-medicate for their emotional pain through substance abuse.

Pushed Into the Party Scene

“If you can’t wrap your head around a bar or club as a sanctuary, you’ve probably never been afraid to hold someone’s hand in public.”

LGBT individuals often also seek a physical escape along with emotional relief from the hate and opposition. Feeling like you don’t belong anywhere will leave you searching for a place that you do fit in. Bars and clubs have historically been a place of escape for homosexuality. Not only do these meeting places create easy access to substances, but they also create a link between substances and a sense of comfort and belonging in the individual’s mind. 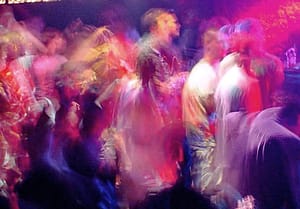 Individuals in this ostracized community also generally feel distanced from societal norms. So they’re more likely to participate in events and activities that would normally be thought of as risky and dangerous, like illicit drug use and risky sex. For example, some gay men participate in “Party and Play” events, which involve recreational drug use followed by risky, anonymous sex. Of course, not all gay, bi, or transgender men and women participate in events like this. But this party atmosphere has historically been a (not so) safe haven for the LGBT community.

LGBT Individuals are Taught to Not Seek Help

Substance abuse and addiction need to be treated, often by medical professionals. However, because homosexuality is often met with ignorance and opposition, members of the LGBT community are interactively taught to not seek help from others. The healthcare system isn’t an exception. Healthcare providers have notoriously added to the struggles of the LGBT community. Take Kyler Prescott for example. Kyler was a young transgender boy who was being treated for self-harm and suicidal thoughts. But he was degraded by his medical providers. They continuously referred to him as a girl, refusing to accept his gender despite the fact that it had already been legally changed. They also discharged him after only 24 hours. The standard minimum hold for suicidal tendencies is 72 hours. Kyler took his own life soon after. To make matters worse, Kyler’s story isn’t uncommon.

Previous negative experiences with healthcare can make LGBT members reluctant to seek help for substance abuse as well. Often times, even if an addiction treatment facility is welcoming and respectful of homosexuality, they might still not be equipped to treat an LGBT individual. For example, because people in the LGBT community are prone to depression and anxiety, a struggling addict might need a treatment facility that specializes in dual diagnosis. If the addiction is treated but co-occurring disorders are not, it is very likely that a recovered addict will relapse.

Acceptance shouldn’t be a luxury! (And neither should treatment). 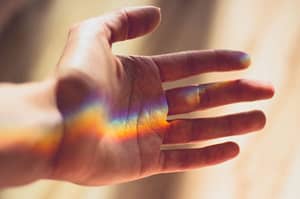 The survival of societal norms like heterocentrism is not important. The survival and wellbeing of all living, breathing individuals is. And that’s exactly what members of the LGBT community are. They shouldn’t have to seek an escape and then be left to face the consequences of that escape (namely, addiction), afraid to seek help.

If you or someone you know is struggling with addiction, you are not alone. New Start can help. Call our addiction staff at 855-737-7363 or reach out to us on our live chat.