Could Declaring the Opioid Crisis a National Emergency Actually Help?

Could Declaring the Opioid Crisis a National Emergency Actually Help?

By now we’ve all heard that President Trump decided against declaring the opioid crisis a national emergency… and then proceeded to declare the emergency later in the week. Trump’s commission actually recommended that he make the national emergency declaration originally. But in place of taking his commission’s recommendations, Trump chose Obama, North Korea, and protecting U.S. citizens from drug dealers and foreign suppliers as his talking points. To his credit, increasing law enforcement and addressing the fact that copious amounts of deadly drug fillers – such as fentanyl – are coming from outside sources (namely China) and adding to the crisis do have their place in the conversation. But they aren’t exactly a replacement for a national emergency declaration.

Fortunately, Trump did later declare the opioid crisis an emergency. But his initial avoidance is a bit concerning in regards to whether or not his declaration will help the crisis.

So, we have to ask: will declaring the opioid crisis a national emergency actually help?

Before we can figure out if declaring the opioid crisis a national emergency will help the epidemic, we need to address how that declaration actually works. The declaration can manifest in one of two acts: the Stafford Act and the Public Health Service Act.

The Stafford Act is a declaration by the president. This is the most likely route the declaration will take if Trump’s resolve stands. It could open up resources from the federal disaster relief fund, which is typically used for national disasters, such as tornadoes and hurricanes. That money could help scale up things like law enforcement. But it doesn’t really help the fact that most private treatment centers don’t accept government-funded health insurance.

The Public Health Service Act requires a declaration from the Secretary of Health and Human Services. Like the Stafford Act, the Public Heath Service Act would unlock funds and resources for the opioid crisis. However, this act focuses more on the medical side of things. For example, the act could be used to increase staff and train more health providers in medication-assisted treatment. This declaration could also send providers to underserved areas, but like the Stafford Act, it doesn’t necessarily mean much for people whose insurance isn’t covering their treatment.

So, How Can It Help?

The biggest issue that this declaration will potentially address is the stigma surrounding opioid addiction. Substance addiction is already shrouded in a thick stigma as a whole, but the opioid stigma is at an all-time high. Many people refuse to accept that an opioid crisis is even happening. They think that an addiction to prescription painkillers stems from the addict’s own weak-mindedness and lack of willpower. That belief comes from the realization that there are so many prescription painkillers that actually do help millions of people. However, addressing the fact that many of these drugs hold high addictions risks does not mean we have to discount their potential to help the problems they’re prescribed for.

The reality of the fact is that opioid addiction and misuse affects millions of people. It is an epidemic. 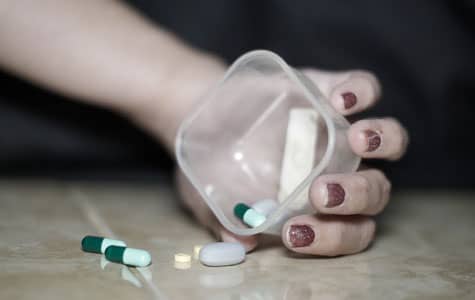 Declaring the opioid crisis a national emergency calls widespread, public, and government-founded attention to the existence of a crisis. The declaration itself isn’t initially a solution. But it does inherently attack the stigma surrounding the crisis without requiring any additional funding or resources. People who are reluctant to believe that the crisis exists are more likely to accept a legitimized nod from the nation’s capital.

It’s not uncommon for people who struggle with opioid addictions to not seek help. There are many things that can be keeping a person from reaching out. But the majority of those reasons stem from the stigma that surrounds addiction. An addict’s vision is admittedly clouded by his drug of choice. But he may also be reluctant to accept that he has a problem because of the way he views other addicts. The general public notoriously sees addicts as less than human. If an addict is bred into that stigma, he can still be guilty of it even when the lens is turned on him. And even if he accepts his own addiction, he can fear judgment from other people who were also bred into that stigma.

Declaring the opioid crisis a national emergency is a good step towards breaking that stigma. It gives room for the people who need help to feel like they can get help. It also makes room for more treatment options.

Don’t get me wrong; breaking that stigma is a huge and significant step that needs to be taken if we want to beat this crisis. But does declaring the opioid crisis a national emergency give more than that symbolic help?

The declaration could actually open new funds for addiction treatment. Currently, there are many restrictions placed on treatment facilities. One of the biggest blockades is insurance. People with government healthcare plans struggle to find treatment facilities that can take their insurance. It’s become so big a problem that investing in a private health plan might currently be the best option. However, some treatment facilities – like New Start Recovery – also offer a discounted cash rate for those whose insurance won’t cover insurance. But the Washington Post points out an important potential benefit of the declaration. They explain that declaring the opioid crisis a national emergency could prompt federal agencies to allow Medicaid to reimburse for addiction treatment in large-scale inpatient programs. These things can’t happen without federal acknowledgement of a national emergency.

Declaring a national emergency essentially puts a significant sense of urgency into the matter. It takes a formal acknowledgement from the White House to install that urgency into the nation. But every substance addiction should always be treated with urgency. Addiction has so many negative physical, emotional, and relational effects that it can’t rationally be viewed as a mere physical dependency. Treatment centers know this. That’s why New Start offers so many therapeutic activities, therapy options, and life coaching techniques. People who suffer from addiction can’t be treated as just a number. They’re individuals with a real health concern who need help claiming their lives back.

If you or someone you know is struggling with addiction, New Start can help. And we will do so with or without a national emergency declaration. Call our addiction specialists at 855-737-7363 for a free and confidential screening.