Is it Okay to Smoke Weed in Recovery?

Is it Okay to Smoke Weed in Recovery?

Thanks to Prop 64 that passed in 2016, it’s now legal to buy and use pot in California (federal law is another story). The Adult Use of Marijuana Act continues to usher in cultural and legal acceptance of weed in the US. But this shifting perspective presents problems when it comes to people in recovery for drug and alcohol abuse. As more normies start accepting the drug as normal, recovering addicts and alcoholics beg the question, “Is it okay to smoke weed in recovery?” But we believe the answer is pretty self-evident. Let’s start by looking at alcohol, the most unilaterally legalized substance on the market today. 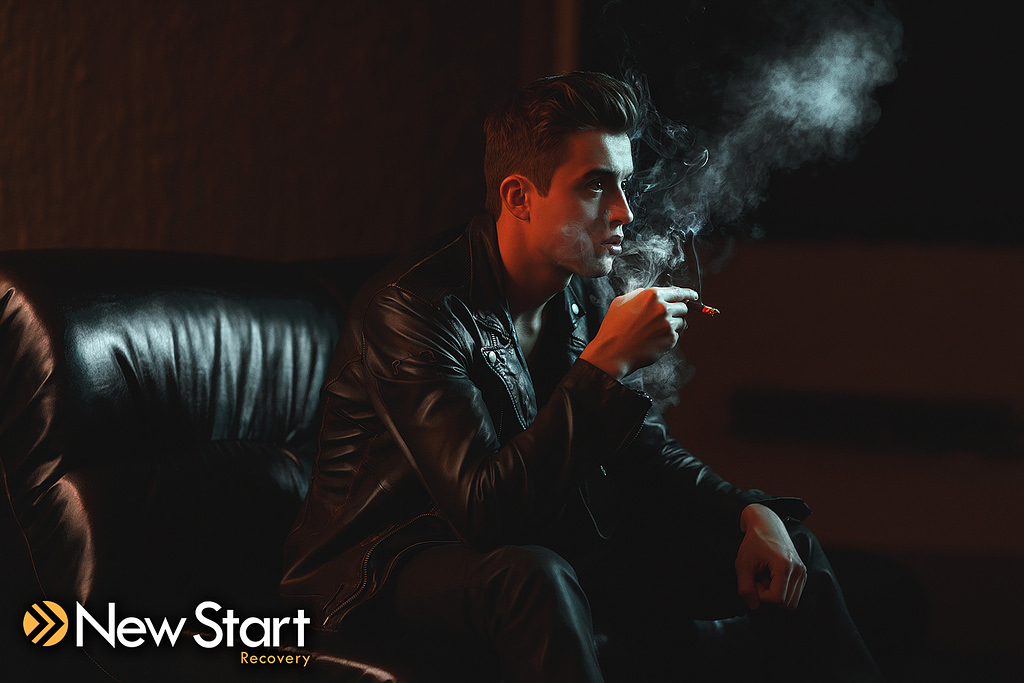 Prohibition aside, alcohol has been legal in most Westernized countries for thousands of years. As a historic touchstone of human interaction, alcohol has enjoyed more legal acceptance than marijuana ever will. Legal doesn’t mean safe, though. Plenty of people can have a few drinks a week and be totally fine. But we’re not talking about “plenty of people”—we’re talking about people in recovery.

And whether or not your drug of choice was alcohol, drinking in recovery is a big no-no.

Alcohol and marijuana comfortably rest in the same category when it comes to people in recovery. They both produce mind-altering effects that too often become maladaptive coping mechanisms. For this reason alone, they do not create a safe environment for recovery.

Nurturing a Safe Environment for Recovery

Rehab teaches tools for recovering addicts and alcoholics to maintain sobriety after inpatient treatment ends. After all, life doesn’t happen in a bubble, and we must eventually achieve some level of independence. But when living independently, people in recovery thrive with established boundaries. These boundaries effectively stave off relapse by keeping our minds in constructive, rather than destructive, places. For many people, smoking weed in recovery becomes a destructive habit and erodes the critical line between sobriety and addiction.

The disease of addiction requires a level of honesty that most struggle with initially. But even when we’ve taken the difficult first step of admitting we have a problem, there are many more steps on the road to sobriety. Part of that process is ensuring that we make choices which move us forward rather than encourage backsliding. Unfortunately, legalization of weed does not sanction that it’s safe to use. Having a different drug of choice does not sanction that weed is okay to use either. It only creates an illusion of safety that leads many to relapse in the long run. Why jeopardize your sobriety when you don’t have to?

For Most, It’s Not Okay to Smoke Weed in Recovery

If you question whether it’s okay to smoke weed in recovery, consider why you are asking that question to begin with. Most people in recovery intuit that it’s not a good idea. But the temptation drives us to search for sanctions that allow us to circumvent our instincts. After all, getting permission makes us feel less responsible if smoking weed eventually leads to relapse.

It’s tempting to separate weed from other “harder” drugs. We tell ourselves little lies like, “It’s not a big deal. A little pot never hurt anyone, right?” But such half-truths omit the bigger picture. People in recovery operate under a different set of rules than the average “anyone.”

Whatever your original drug of choice may be, a simple truth remains: mind-altering substances (including weed) are dangerous maladaptive coping mechanisms for recovering addicts and alcoholics. The disease of addiction indicates that a person’s physiology reacts to chemical substances differently. So we follow a different set of rules, which are usually laid out in treatment.