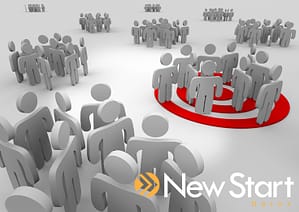 N-Bomb, a new designer drug, is a good example of how dangerous designer drugs spread through “mouth marketing.”

N-Bomb has its roots in a German doctoral student’s chemistry dissertation. Formally known as 252-NBOMe, this synthetic drug was intended to help trace chemical reactions in cells, tissues and even locating hydraulic fractures. Good, practical work. By happenstance, word got out that this humble worker bee caused psychedelic effects: euphoria, seeing colors, increased awareness of music, feelings of love and empathy, along with other symptoms similar to using LSD.

Dealers latched onto this and found sources to import illegally made batches of formally monickered 252-NBome from China and Germany. These imported packages often sported labels “not for human consumption” when the intent was the complete opposite. By diluting with alcohol or other liquids, this N-Bomb liquid is dripped onto blotting paper and set off for street distribution.

Don’t Send in the Clowns

This is where mouth-marketing begins; texting, talking, the word gets out in the same way other fads do among teens or young adults.  Dealers don’t have to do much but make their product recognizable. The blotter paper used for N-Bomb is often printed with clowns which, Stephen King imagery aside, smacks of childhood innocence.

N-Bomb can be smoked, inhaled and even, in liquid form, but dropped into the eyes. There is no standard dose or regulation. N-Bomb is merely Russian Roulette by the user, who has no idea what they’ve bought beyond than the “good word” of the dealer or generous friend. However, N-Bomb is dangerous and even deadly. Ask the parents of the teens who have lost their lives taking it. At $1 for a bit of drug infused blotter paper, the harm is done.

How can mouth marketing be used to create the same impact of the dangers of N-Bomb and other designer drugs? Are teens likely to listen? What is be the best way to get the word out on not just the dangers of these drugs, but that help is available? Your ideas and comments are an important part of this national dialogue.