A Closer Look at Marijuana: Is It More Helpful or Harmful?

A Closer Look at Marijuana: Is It More Helpful or Harmful?

Marijuana is one of those extremely controversial topics that many people are either afraid to touch on or are far too eager to stand up and shout their opinions. Yes, marijuana is a Schedule I drug according to the federal government. But many people still claim that the green plant helps combat countless medical conditions. Maybe you remember your older brother getting a medical card back in the day for his “migraines” (you can insert an eye roll here). But maybe you see it actually calming your aunt’s chemo-induced nausea. If it can do that, then maybe your brother wasn’t lying…

Whatever your opinions on the drug may be, marijuana is actually proven to help with a few medical conditions. However, that doesn’t make it safe for everyone to consume. There is no hard-set “rule” when it comes to smoking pot. Some people live by it. Others have extremely adverse responses to it. And it gets even more complicated for people in recovery. Recovery doesn’t change the medical value researchers have found in the drug. But it is a drug. And even if you don’t believe that smoking weed means you’re not actually clean and sober, it’s still a drug that can cause people to relapse.

If we take a look at some animal studies, we’ll see that marijuana might actually kill certain cancer cells. Granted, these studies have been done on mice and rats, but the results are shocking. These tests show that cannabinoids may prevent tumor growth by “causing cell death, blocking cell growth, and blocking the development of blood vessels needed by tumors to grow.” Those cannabinoids are the chemical compounds secreted by cannabis. They’re what make marijuana medicinal.

Cannabinoids are also known to be effective in treating the negative side effects of cancer therapies. For example, components of marijuana may be prescribed to people to both calm and prevent the nausea they experience with chemotherapy. While cannabis itself is not approved by the FDA to treat these side effects, two cannabinoids are approved. Dronabinol and nabilone are specifically approved by the FDA to treat the nausea and vomiting associated with chemotherapy.

Okay, hold up here. Asthma seems a little off in the list, since smoking isn’t typically thought of as good for your lungs. However, smoking marijuana has actually been proven to help dilate airways leading to the lungs. With more open airways, people suffering from asthma can breathe more easily. However, it’s important to note that some asthma patients respond adversely to these therapeutic effects. Instead of more open airways, they experience a sort of bronchitis, which constricts their airways, making it harder to breathe.

In this case, we need to remember that everyone is individual and separate of one another. What works for someone might not work for another. Yes, marijuana has been proven to help people with asthma. But there are adverse effects too. It just goes to show us that we need to stay cautious and educated about what we put into our bodies. 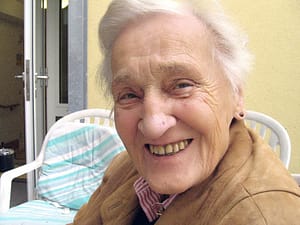 Marijuana typically causes relaxation, calmness, and increased sensory perception. These effects have been beneficial in treating some Alzheimer’s patients. Some of the symptoms of Alzheimer’s include aggression, anxiety, depression, and insomnia. Marijuana has been known to help with all of these symptoms.

Furthermore, a preclinical study has found that small doses of THC (the main chemical found in marijuana) can actually slow the production of beta-amyloid proteins. These proteins are thought to be one of the primary contributors to the development of Alzheimer’s. In simple terms, the THC in marijuana can actually slow the progression of Alzheimer’s. However, the study explains that while this amazing discovery has been made, it’s still not necessarily safe for every person to use marijuana as treatment yet.

Cannabidiol (another compound found it marijuana) has actually been found to stop seizures in epilepsy patients who are generally resistant to other therapies. The study, performed by NYU researchers, resulted in a 50 percent decrease in frequency of certain types of seizures. It was an open study, so both the researchers and the patients knew they were being treated with cannabidiol. This study is important because it was performed on people who had been resistant to other medical treatments.

Pain is weird. No matter if it’s a stubbed toe or a broken arm, the pain is subjective. That’s because, while the body part may be feeling the pain, the brain is the one telling it to feel that pain. That’s why opioids bind to the opioid receptors in your brain, causing euphoria and blocking those feelings of pain from progressing from the brain. But what about marijuana? 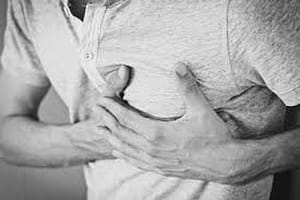 It is thought that marijuana helps treat pain through the natural cannabinoid receptors we already have in our bodies. The marijuana will bind to these receptors and help to control pain. Furthermore, marijuana promotes relaxation and bodily calmness, which can also definitely help in pain management. And while we don’t exactly promote a drug-induced high here, marijuana that contains psychoactive components can also help treat pain, as that psychoactive high can cause a safer version of the euphoria you feel with opioids. In fact, opioid overdose rates have actually dropped in states where marijuana is legal.

On the Other Hand…

Using marijuana in recovery can be very dangerous. Again, recovery doesn’t simply negate the medical value marijuana might have. But that value won’t exactly be valuable if marijuana causes a recovered addict to relapse.

One study showed that blocking the cannabinoid receptors in the brain – which are closely related to the dopamine reward-based system – reduced the likelihood of a drug relapse. Marijuana doesn’t block those cannabinoid receptors; it activates them. So, it’s assumed that smoking marijuana in recovery might actually cause someone to relapse on other dopamine-triggering drugs. Beyond that, people generally make poorer decisions when they’re under the influence of any mind-altering substance. That includes marijuana. However, whether or not that’s true of marijuana used in medical trials that lacks any psychoactive components remains to be proven.

But if there is a risk of relapse, then is it really worth it to smoke weed? A relapse can snowball into another full-blown addiction. And addiction doesn’t just mean dependency. It also means severe negative health effects (mental and physical), damaged relationships, compromised values, lost jobs, hurting loved ones, lack of happiness… the list goes on and on.

Whether or not you believe your brother actually needed marijuana for his migraines, the leafy, green plant is actually proving to help certain medical conditions. And as more and more research comes to be, the list only grows. However, it’s crucial to remember that marijuana can be addictive and dangerous for recovered addicts. So, you should really take the time to weigh out the pros and cons before you decide to consume it, especially in recovery.

If you or someone you know is suffering from addiction, call our addiction staff at 855-737-7363. We’re here to help you.