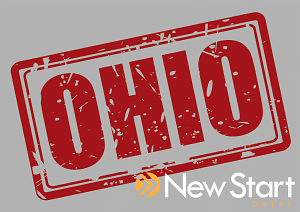 While many states in the nation deal with the growing heroin epidemic, Ohio has taken a significant hit. From the start of 2014 through October, the drug killed 160 people in Cuyahoga County alone. At the end of 2014, more than 19,000 Ohioans died from drug overdose, and it’s currently reported as the number one cause of death in Ohio, exceeding traffic accidents.

Responding to the Heroin Epidemic

In response to the devastating problem, Ohio’s Legislature passed a statewide initiative called Project DAWN (Deaths Avoided with Naloxone) making Naloxone, the drug that reverses the effects of opioid overdoses, available to first responders, family and friends of heroin addicts. In addition to this, programs available to schools called “Pills to Dope…a Slippery Slope” are aimed at educating young people about the threat of abusing prescription medication.

The overlap from prescription medication misuse and heroin abuse has prompted Ohio state legislators to regulate how doctors are allowed to prescribe opioids. The bills that passed will require written consent from parents before a minor can be prescribed an opioid; a check of patient’s record in the Ohio Automated Rx Reporting System before writing an opioid prescription, and mandatory school education for students to understand how prescription pill abuse can lead to heroin use.

The heroin epidemic has also prompted federal changes which will effect Ohio’s drug court. Drug courts that receive federal funding will be required to ensure that people have access to medications used in the treatment of heroin and prescription opioid abuse, and that there is no court mandated requirement they go off these medications as a participant of the drug court and rehabilitative system.

Ohio has been forced to adopt new and innovative treatments to help those addicted to drugs rebuild their lives. Through promoting diversion programs like drug courts that provide treatment alternatives to incarceration, and encouraging the use of emergency medications that stop overdoses, Ohio is determined to see that change is possible.