The Ugly Truth of Extreme Sports and Opiate Abuse

The Ugly Truth of Extreme Sports and Opiate Abuse

Why are people afraid to try snowboarding for the first time? The answer to that question is almost always aligned with their fear of getting hurt. The same goes for surfing, rock climbing, mountain biking, and skateboarding. These extreme sports are accompanied by an extreme risk of injury. Unfortunately, extreme sports and opiate abuse also go hand in hand because of that prevalence of injury. 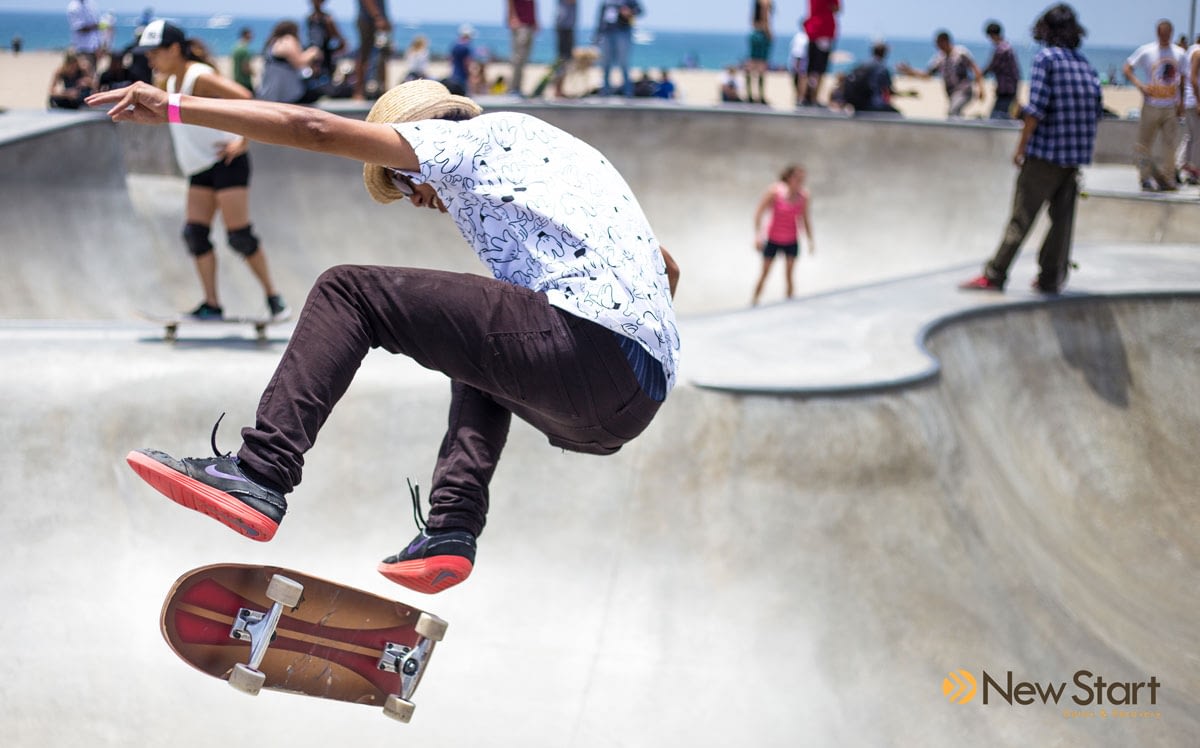 Risk of Injury in Extreme Sports

Obviously all sports include some risk of injury. We are all well aware that football players and wrestlers are hurt pretty often. But the risk of injury is especially present in extreme sports like snowboarding and mountain biking. However, the media and the general public downplay the risk because people become distracted by that awe factor. The “coolness” that surrounds these sports causes people who are untrained and overconfident to try and mimic the activity, only to end up injured. “Shaun White did a triple cork in the half pipe. Dude, I can do that too.” Now, we’re not saying that you need to be a professional in order to be considered good at these sports. Some amateurs certainly can mimic Shaun White or Travis Pastrana’s tricks. But there’s no doubt that overconfidence and lack of training spike the risk of serious injury.

Injury doesn’t just happen to amateurs. Professionals are also at risk. It’s hard to find an extreme sports athlete who hasn’t suffered some sort of sport-related injury. Data from the National Electronic Injury Surveillance System (NEISS) doesn’t actually differentiate by skill level in their data collection. According to NEISS, the US saw over 125,000 skateboard related injuries (the highest of any extreme sport) in 2015 alone. Of those, about 120,000 were treated, which takes us to the link between opiates and extreme sports.

Opioid medications are commonly used to treat the severe or chronic pain of sports injuries. Opiates bind to opioid receptors that help to modulate pain in both the central and peripheral nervous systems. These opioid medications are actually incredibly successful in alleviating pain this way. However, they also bind to receptors in the reward center of the brain. Doing so will release endorphins, creating a feel-good effect, which will cause cravings for more in the brain. This chemical reaction is what causes opiate abuse and addiction.

Most athletes who fall victim to the abuse and addiction of these drugs are following the advise of trusted professionals. Opiates get prescribed by doctors, after all. While neither the doctor nor the athlete are to blame in these situations, the awareness that they’re following medical advice acts as a sort of catalyst for the development of addiction. People are less likely to think that what they’re doing is dangerous or wrong if they initially got the prescription from their doctor. But the key word here is initially. Prescription opiate abuse means the user graduated from pain management to recreational use. Many people keep taking these drugs well passed their need for them. (“Addiction” should be flashing in red letters in your mind right now. Misuse and abuse both lead to addiction.)

Pushing Through the Pain

The media has built a persona around athletes that portrays them as bad MFs (read: too cool for school). So there’s this irrational fear that you’ll appear weak if you get hurt. The extreme sports industry actually glorifies “getting back on your feet” by pushing through an injury. Many athletes don’t fully recover from an injury before they’re out there performing again; however, since the injury hasn’t fully healed, the pain continues to cause problems. An athlete – professional and “average Joe” alike – can forgo this inconvenience by using his painkiller prescription to self-medicate through the pain. Both the injury and the pain will worsen this way, causing a person to take more and more painkillers.

Soon he will feel like he not only can’t skateboard or rock climb without taking medication, but he also can’t do normal, everyday things without it. The #1 thing to remember when taking opiate painkillers for an injury is that you are at huge risk for developing chemical dependency. Your body doesn’t react to one pill the same way after a week of taking those pills. It will need more and more over time to achieve the same effect. This puts all prescription opiate users at risk for graduating to heroin. 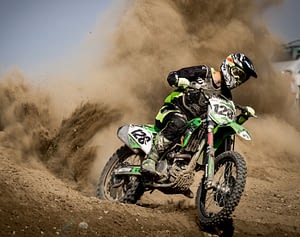 Many people in residential treatment for opiate addiction will tell you they received their initial opiate prescription after an extreme sports related injury. Whether its skateboarding or motocross, opiate abuse is not at all uncommon in extreme sports. But be warned: opiate addiction destroys performance over time. Fortunately, help is out there. If you or someone you know is struggling with addiction, call us at 855-737-7363 for a free and confidential screening. We want to help you get back in the game.