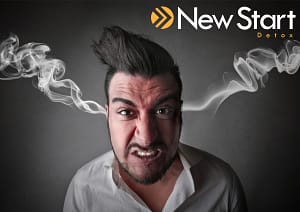 The term “dry drunk” applies to a person who has stopped drinking alcohol but who is still engaged in destructive behaviors similar to those of his or her drinking days. The only change a dry drunk has made is to stop drinking; he or she has typically made no internal or behavioral changes or may be regressing in recovery by ceasing to go to 12-step meetings or by not reaching out in times of need. It’s especially important to pay attention to dry drunk behavior in the first year of sobriety, as only about half of those who achieve a year of sobriety will remain abstinent, according to a study by the National Institutes of Health. The following are five dry drunk behaviors to watch for:

Five Signs of a Dry Drunk

Superiority or grandiosity: Knowing everything there is to know about alcoholism or any other subject is a sign that the addicted individual is distancing from others. This is when the dry dunk says, “I’m not like you,” implying that the rules don’t apply to him or her. In recovery circles, this is referred to as “terminal uniqueness” and it’s known to lead to relapse.

Rage. Anger often subsides with sobriety, as new coping techniques come into play. But practice makes perfect, and if an addicted individual is not using the tools he or she has obtained through a 12-step program, therapy or rehab, he or she is likely to exhibit extreme emotions, which is another sign of a dry drunk. Not taking care of the internal issues that contributed to addiction often results in rage, frustration, impatience and judgment.

Impulsivity. One of the most obvious addictive behaviors is poor impulse control and the seeking of immediate gratification. A person who has stopped drinking but still spends eats or engages in other addictive behaviors impetuously could be a dry drunk headed for a relapse.

Complacency. Hanging out with old drinking buddies, going to bars and clubs for social interaction, entertaining with alcohol, are all risky behavior for a person in recovery. The dry drunk feels little need for caution based on the attitude that he or she doesn’t need to take precautions to stay sober.

Euphoric recall. Remembering and talking only about the good times that came with drinking alcoholically is dry drunk behavior. It’s important for addicted individuals to remember the problems caused by drinking in order to remain sober for life.