Do Drugs Enhance Creativity or Cause Death to Art?

Do Drugs Enhance Creativity or Cause Death to Art?

We’re told time and time again, “Be careful what you wish for.” Certain actions have consequences and, often times, those consequences were never even on your radar. In the case of drugs and addiction, no one really ever expects themselves to become addicted. No one wakes up, decides they want to become addicted, and proceeds to snort their first line of cocaine. It’s usually experimental, curiosity-driven, or shared by others. Certain misconceptions can drive drug abuse as well. For example, there’s a common myth among the artistic community that drugs enhance creativity. Perhaps you’re a singer-songwriter and you think trying heroin can help your writing. Maybe it will. But you might also be setting yourself up to take a hard, dark fall into addiction. So, in the name of creative exploration, let’s delve into this drug-induced creativity myth.

Many artists find themselves surrounded by drugs. As more and more lights illuminate around an artist’s name, privilege increases. Things come easier with fame, primarily because they’re given. That’s not to say that all famous people subscribe to the privileged lifestyle. But we can’t ignore the connection between fame and access. As the walls of exclusivity become less solid, connections start to appear. Maybe famous artists and musicians don’t pop their pills from Pez dispensers or have drug dealers on speed dial, but there is something to say for the elite artists’ environment. (Yes, that was an unfortunate Nickelback reference).

Ernest Hemingway, Kurt Cobain, Tchaikovsky… all of these people have experimented with substances and consequently struggled with addiction. But whether access to their drugs (or drinks) of choice was easy or not, the question of whether it solely hurt them still stands. Can substances also enhance artists’ creativity?

Does Science Prove the Myth?

Drugs change your state of mind because of the way they affect brain chemistry. Many drugs like heroin, prescription painkillers, and cocaine trigger a dopamine increase when used. That dopamine increase is what produces the euphoric high we’ve come to associate with certain drugs. Such a high can lower inhibitions and even spike a person’s focus. Lowered inhibitions lead to a heightened willingness to experiment, spiking creativity as a result. Furthermore, because many drugs alter perception, a person is likely to feel like they are in their own world, disconnected from distraction, and therefore, able to create properly. But how creatively stimulating can it really be to have a clear mind if the rest of the world is in a fog? 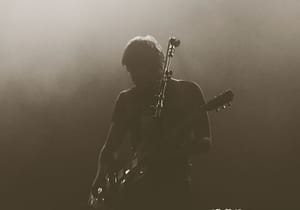 Damon Albarn, the lead singer of Blur, confessed that heroin actually helped him find sense in rhythm and break free of something that soberly limited his voice. However, Albarn admits that he’s aware of heroin’s dangers as well as the dangers of dependency in general. But that doesn’t stop him from attributing his creative spike to heroin.

Prolonged abuse of any drug (including alcohol) will cause a person’s tolerance to build. It doesn’t take long for an addict to build up a resistance to the effects of drugs like heroin. Soon, the addict will need to use more and more of his drug to feel the same effects he would originally feel after one hit. While this poses huge problems in regards to overdose, withdrawal, and co-occurring disorders, the brain’s pleasure center also takes a hit. As a person’s resistance to the effects of that dopamine increase builds up, he will start to lose his ability to feel pleasure as a response to other things. Natural artistic inspiration is built on things like pleasure. In most cases, an artist’s emotional response to experience is what drives his art. After all, art is often described as the artist’s perception of the world.

If the artist can’t feel pleasure or needs copious amounts of heroin or cocaine to stimulate pleasure, his art will certainly be affected. If you can’t feel, how can you create? This is why many songs and poems that were created while the artist was high speak of misery, pain, and darkness.

As support, let’s take a look at Oasis’s “Supersonic,” which Noel Gallagher admits he wrote while high on cocaine. The lyrics read,

“Cause my friend said he’d take you home

He sits in a corner all alone

He lives under a waterfall

Nobody can see him

Nobody can ever hear him call

Nobody can ever hear him call.”

Obviously, everyone interprets things differently, especially in regards to art. But I’m not sure anyone can justify dismissing the dark melancholy in those lyrics.

Even people who vehemently advocate for drugs’ role in creativity can’t overlook the risks of drug abuse. Your inhibitions may be lowered while under the influence and you may feel more free to create, but your life is still on the line whenever substance abuse is involved. There is no law that says an overdose can’t and won’t happen during your first encounter. I mean, let’s put it bluntly: how can you create if you’re dead? But overdose isn’t the only risk. Substance abuse can lead to depression, anxiety, HIV, cirrhosis of the liver, kidney failure, and many other physical and mental consequences. Kurt Cobain and Damon Albarn’s heroin use, for example, can cause liver damage, kidney damage, depression, and social isolation.

What it comes down to is that sure, some drugs might enable a surge of creativity. But it’s temporary. And heroin, cocaine, and the like can’t breed creativity. To credit Tchaikovsky, Edgar Allan Poe, and Kurt Cobain’s talents to drugs is to do them a huge disfavor (to put it lightly). Talent and creativity both grow and thrive without the help of substance abuse. And, to be honest, most of the artistic names we associate with substance abuse turned to their drugs and drinks of choice to cope with other stressors in their lives, not to enhance creativity.

On a Side Note… 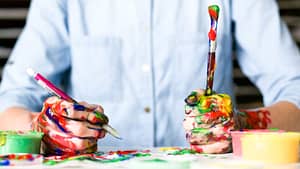 Art and creativity can actually help in recovery. Art therapy allows people to express themselves through a form of art. It’s  especially helpful for people who aren’t as comfortable explicitly sharing their stories and feelings. Check out our blog article on art therapy to channel your own inner van Gogh!

If you or someone you know is struggling with addiction, New Start can help. Call us at 855-737-7363 or reach out to us on our live chat. Don’t let your inner artist be smothered by substance abuse.