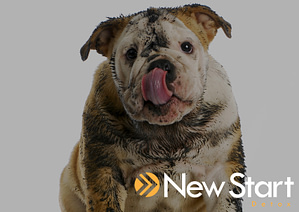 Drug addicts present a challenge to emergency rooms and treatment centers throughout the nation, as withdrawal symptoms can range from mere discomfort to a medical emergency. Compounding the problem is the issue of dirty drugs detox, which refers to the process of testing for and neutralizing the effects of the multitude of contaminants found in street drugs today.

Because the illicit drug market is unregulated and fueled by quick profit, drug purity has always been suspect in any transaction. The levels of street drug impurity can fall into any or all of the following categories.

Many fillers are harmless: cocaine and heroin have both been traditionally cut with Mannitol, a white sugar that, among other things acts as a laxative. Marijuana used to be mixed with the herb oregano—again, simply for the maximization of profits at the expense of the end-user.

On the other hand, street drugs are often cut with substances that increase the likelihood of overdose or present side effects that are hazardous above and beyond the danger of the drug itself. Fentanyl is an opioid pain medication that is 50-100 times more powerful than heroin, and when mixed with heroin it can lead to respiratory arrest.

Other adulterants can complicate the detoxification process. Some of them have their own dependency and withdrawal profiles, such that a cocaine addict who unknowingly ingests amphetamine-laced cocaine might wind up detoxing from amphetamines and experiencing the longer-lasting psychological damage of using speed.

PCP is used to cut LSD and mescaline. Inert substances are mixed into hashish, and all kinds of compounds are sold as Ecstasy. Detox in itself is bad enough, but dirty drugs detox can be even worse.