Dating an Alcoholic Ruined 3 Years of My Life

Dating an Alcoholic Ruined 3 Years of My Life

Something I would not recommend? Dating an alcoholic. Especially if they don’t care and aren’t willing to seek help. I probably should have seen the signs beforehand, but after about a month of seeing him, it all started to add up. I met him on an online dating website, he had 4 pictures posted and every one of them had a drink in his hand. In his bio, he mentioned he liked hosting parties, going to the bars and hanging out with friends. He also loved going to music festivals and concerts. This guy elaborated on hosting parties though, talking himself up to be this amazing hostess with an amazing place, decorations galore and saying it’s “the best party” he’s been to (puhlease..).

He messaged me first, but it wasn’t until about a month after that we decided to be “official”. He had great humor and was very outgoing. I suppose he was one of the “popular” guys in school.

Another indication of his drinking problem was brought up after our 3rd date when we realized the only times we hung out was in a drinking setting. We’ve eaten out, gone to bars, even saw a movie that served alcohol. Of course, I didn’t mind at the time, all I could think about was seeing him, being with him, kissing him… But let me tell you, he’s not so perfect after 2 liquor bottles.

If you came here for a love story, you’re on the wrong page. I’m going to talk about the last 3 years; dating him, being engaged, and gaining enough strength to end it before he had the chance to hit me for the millionth time. The good, the bad and the ugly. For story purposes, let’s call my ex-boyfriend Zach.

Zach was really cool in the beginning. And then he started to become a dick.

Most of the time, I would come home and he would be blacked out. He wouldn’t even be drinking with anyone. Just himself. In the sweet comfort of our house.

I would constantly talk to him about it; suggest drinking less, seeing a therapist, getting treatment, but it was a no go. I was stuck in the position where I was enabling him to drink, but I didn’t know how to stop.

And Then We Hosted a Party

This was about 2 years into our relationship. We’ve had hiccups before, signs of emotional and physical abuse, but I loved him and always forgave him.

This was our biggest party event we hosted. We had so many people over. Our place smelt like Domino’s Pizza, Tequila, and weed. We had decorations and fog smoke as a cool effect. I do admit, it was a crazy party and I would have probably had fun if I wasn’t the one hosting it. Or cleaning up the mess in the bathroom when Zach couldn’t hold his liquor in anymore. The more Zach drank, the bigger douche he became.

I finally give him an ultimatum the next day.

I’m honestly scared for what our life will become. I know you want a future with me, but I can’t see a future with you unless you get help. You’re sick and it’s hurting our relationship to the point where I can’t deal with it anymore.

“I’m sorry, babe. I messed up. But, I want you in my life. You make me happy. I want to marry you someday, with beautiful children in a beautiful house.

I’ll get help… if you can promise me this life. Let’s plan a wedding. Let’s get married. Will you marry me? I promise if you say yes then I will get clean. I’ll get treatment right now.”

He got me a ring the next day. We went to the store together, we bought it and he got down on one knee in the store to ask me. I said yes because, well, I wanted him to get help. Zach needed help.

He was jobless and hanging off of his deceased parent’s income (they had a lot of money). He paid himself to go into rehab, which was supposed to last 30 days. I was home, thinking of what I would do if he left early. Obviously, ultimatums don’t work since he throws it right back.

Our relationship wasn’t easy. I cried most days, scared for my life. He was more abusive towards me when it was just us two; he never really showed his true colors with his friends. The first time he hit me, he apologized and said he has never done that before. And promised that he will never do it again. He kept his promise, for about 5 months. The next time he hit me, I was late coming home from work (he was too drunk to pick me up), and he noticed another guy (a co-worker) bringing me home. I came inside the house and he started yelling at me. Slapped me hard against the face. I had a bruise for a good couple weeks.

I’m not the kind of girl to be treated like this; I’m usually stronger than this. It’s embarrassing for me to re-tell the story because I cannot believe I stuck with him this long.

He would call me short, tell me to put make-up on, ask me to go to the gym…I also had to do errands for him; If he ran out of booze, he would ask me to pick some up. The liquor store owner pretty much knew me by name. They probably thought I was the alcoholic.

But every time a situation happened, he would always find a way back to me. He could always win my heart again, with just the right words, touches, compliments. He won me back after every hit, slap, shove. Zach controlled me.

During His Time in Treatment

While he was in treatment for being a crazy alcoholic, I saw a therapist. The therapist helped me a lot with identifying who I was before I met him, who I was in our relationship, and who I want to be. She gave me insight on meetings and suggested I go to an Al-Anon meeting. She also suggested that I reach out to my family. I’m not too close with my family, they grew up super Christian and I chose not to be Christian as I grew older. But I took my therapist’s advice.

I drove an hour to my family’s house, I had called them previously so they were expecting my visit. They didn’t know what I wanted to talk about, though. When I came through the door,  I basically spilled everything out, trying to make my words clear in between my cries. “His name is Zach. I love him but he’s an alcoholic. He’s in treatment now, we’ve been 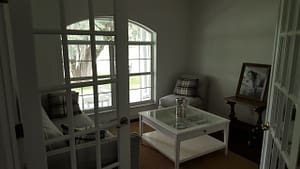 dating for 2 years. We’re actually engaged. ” It was hard to ignore my parents’ facial expressions as I explained his alcohol condition, and that it wasn’t his fault. They had piercing expressions on that made me regret talking to them.

“I’m going to kick the shit out of him if he touches you or says a nasty word to you again.” (words by my father who whispered into my ear as I hugged them goodbye.)

Basically, with the words “If you can’t handle me at my worst, you don’t deserve me at my best.” and “I was an alcoholic before I met you, what’s the difference now?” and “I can’t be my true self, sober. I feel weird. I can’t do this. It’s not who I am.”

The last year of being with him was the year we had the most fights. He fought every day as I told him to stop drinking. I would fight back with “Don’t you dare hit me.” right before he hit me. Things got really bad. He couldn’t see that the disease was hurting me, just as much as it’s hurting him. He couldn’t understand why I wanted to go out, just so I could be free from his abuse.

I said goodbye, for good, right before our 3 year anniversary. He didn’t need another excuse to drink for our anniversary. I couldn’t stand it. I had bruises everywhere, and I was at the point where I would cringe every time he put his hand on me (to hug me, have sex with me, kiss me, anything really). He used me, bad. He didn’t care. I wanted out.

It was a week before our 3 year anniversary. He was drunk, at home, by himself. I was able to escape for the afternoon because of a “family emergency.” (I mean, honestly, it was.) My best friend, Kyle, (and co-worker) knew everything. He was so supportive and knew I was being crazy for staying with him. We had a plan, which was for me to take all my expensive and required belongings and place it in a bag. I did that all last week, so all I needed to do was go home, end it, grab the bag and go. Kyle would be there to pick me up and we’d drive off somewhere safe.

And so the plan began. I had my bag packed already. Kyle dropped me off so I could end it. I went to the house, feeling super awkward and scared. I picked up my packed bag from the bedroom and walked towards Zach.

“I’m sorry. This is for the best.” I placed my engagement ring on the table and quickly walked out the door to Kyle’s car. Once I was outside, I booked it to Kyle’s car. Without a freaking slap to the face.

This story isn’t supposed to scare anyone, but instead, maybe open some doors. We shouldn’t be treated like this. And not just from a girls standpoint, because physical and emotional abuse can happen to anyone. But we need to stand tall, be strong, and end it before it gets too bad. If you’re scared, talk to a therapist or go to an Al-Anon meeting (that helped tremendously). Talk to someone. File a report. You’re not alone.

If you or someone you know is struggling with addiction, New Start can help. You’re not alone. You are safe and we can help you. Call us at 855-737-7363 or browse our website for more information.