Up to $20,000 and three to five years in prison. These are the possible punishments for getting caught selling drugs in California. Of course, there are other state and federal laws but you get the picture. You don’t need to be Walter White to know that drug trafficking is a felony with a high rate of prosecution. But I’m sure you’ve noticed that you don’t usually see someone standing on a busy street or in the middle of the mall offering up a gram of heroin to passersby. So how does drug trafficking happen?

Addicts who are deep in their addiction usually have connections. “I know a guy who knows a guy who knows a guy –” and so on. But what if you don’t know anyone, your connections fall through, or you’re in a new city? Believe it or not, the same website you bought your secondhand vacuum cleaner from is also trafficking heroin on the down low. Craigslist has a complex black market component hidden under our very noses.

Craigslist averages about 50 million ads per month. However, law enforcement can’t possibly get an accurate count for how many of those are drug listings because almost every single one uses coded language and street names. But the number escalates everyday. And the people involved in this online trafficking of drugs aren’t dirty scumbags straight off the street. They’re lawyers, students, and coffee shop baristas who are buying and selling drugs from the comfort of their homes. With the current economy, it’s really not that surprising.

Dangers of Selling on Craigslist

Buyers can be masked by anonymity just like dealers. Dealing to someone you don’t know is incredibly dangerous. The buyer can be in a recovery program, pregnant, or mentally ill. If you sell to someone who has any of these qualifications, your sentence will increase. Law enforcement officials also use this anonymity factor to their benefit. Cops have posed as potential buyers in order to arrest someone trying to sell drugs on Craigslist. Again, there’s no way to know who you’re dealing with (or in this case, dealing to) as a seller. Ultimately drug trafficking on Craigslist is no less risky than selling on the street.

One of the biggest commodities in the Craigslist black market is black tar heroin. San Diego deputy officials cracked the code for heroin on Craigslist. Black tar heroin often gets listed as “black roofing tar” or just “roofing tar.” In most cases, sellers will say that they have extra “good quality” roofing tar from an old project. Other people create listings saying that they “have a leaky roof” and need a “quick fix.” All of these phrases are coded language used to make drug trafficking and abuse discrete. 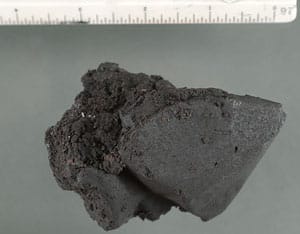 Heroin is most commonly found in a white, powder form. Black tar heroin is just heroin that has been processed differently. It gets its name from its black, sticky physicality. Black tar heroin looks different than powdered heroin because the crude processing makes it less pure. Long-time addicts who are just looking to quench withdrawal symptoms rather than a pure high will use black tar heroin because, as we see with these Craigslist ads, it’s easily accessible.

Because of its solid form, black tar heroin isn’t snorted like its powdered counterpart. Instead, it is usually dissolved and injected. Intravenous drugs have the added danger of disease contraction from sharing needles. Diseases like HIV and Hepatitis C are spread through contaminated needles. Injecting black tar heroin can also cause abscesses, tetanus, and soft tissue infection.

While black tar heroin looks different, it can still cause the same negative side effects as powdered heroin. This includes nausea, vomiting, low body temperature, and slow heart rate. Not to mention that one of the biggest heroin dangers is overdose. Heroin overdose symptoms include a blue tint to skin, lips, and nails, episodic loss of consciousness, and coma.

The easy access to drugs like black tar heroin on Craigslist actually downplays heroin dangers as well as the dangers of other drugs. The sheer abundance of drug trafficking ads indicates how much people buy now. When people see how many others are buying and selling, they’re likely to assume the danger can’t be too high. Otherwise, so many people wouldn’t be doing it, right? Wrong. Drug abuse is always dangerous, no matter the means of acquisition.

The amount of people who have access to these drugs through means like Craigslist also spikes overdose rates. The more people that have access to acquiring the drug, the more that drug is abused. Drug abuse leads to both addiction and overdose. But the truth is you don’t have to be addicted to overdose. Overdose can happen to anyone, even if it’s your first time using. But, again, Craigslist masks these dangers because these drugs are being listed alongside furniture and cars, essentially misleading people to believe these drugs are safe.

Law enforcement and district attorneys have been working with Craigslist managers to filter for these illegal ads. But the internet world is huge and street drug lingo is always adapting. So it helps to stay aware of your surroundings (on the street and online) and educate yourself on the dangers of drug abuse. We all saw how Walter White’s story ended. Don’t let yours end similarly.

If you or someone you know is struggling with addiction, we want to help. Call us at 855-737-7363 for a free and confidential screening.
FacebookTwitterShare
Posted in Addiction, Culture, Drug Addiction
Tagged Diagnosing Addiction, Media, Resources