It’s Not If, It’s When: Comparison is Fuel for the Addict

It’s Not If, It’s When: Comparison is Fuel for the Addict

It’s easy to look at a celebrity’s latest Instagram posts, see that they’re jumping off yachts in Santorini, and think, “Wow, my life could be better.” But you can just as quickly drive by someone in tattered clothes with a cardboard sign asking for prayers and change and think, “My life could be worse.” The thing is, comparing yourself to others is incredibly dangerous, especially for addicts. Thinking you don’t have it off that bad, things could get worse, or that you’re not an addict compared to the other addicts you’ve seen can actually be deadly.

Two common lies that addicts fall victim to are:

Both of these lies are not only detrimental to the addict’s current wellbeing, but they’re also giant vats of fuel to keep that addiction going.

Addicts romanticize this idea of control. That’s what fuels the lifestyle for most functioning addicts. If they believe they’re in control of their substance abuse, then the usage is justified. “Control” to an addict means that he can stop whenever he wants to. He’s not addicted because he has the power to stop. He just doesn’t want to. Somehow, that makes it okay in the mind of the addict.

In reality, the addict is desperately grasping for control without success. He just needs some sort of justification. If he can convince himself that he’s calling the shots when it comes to his substance use, then he’ll be okay. But it’s the other way around. The drug is the one calling the shots. When someone becomes addicted, their desire to use isn’t the only thing they have to worry about. The whole body will become addicted. Eventually, it’ll be painful and almost impossible to function without the drug. An addict will need to use just to feel his new, altered version of “normal.” His body starts to shake and he feels incredibly, painfully nauseous. So, he does another line and these withdrawal symptoms subside. He’s okay for the moment. Is that calling the shots?

A Gauge Made of Addicts

“I haven’t been stopped for drunk driving yet, so it probably won’t ever happen to me.”

“My family is still pulling for me, so I don’t think they’ll ever step away.”

“I haven’t passed out on the street yet, so it probably won’t ever happen.”

“I haven’t died yet, so I probably never will.”

But that sounds silly, right? Everyone is going to die eventually. Our only hope is that we all live long, healthy, and happy lives. But you can guarantee that your life won’t be long, healthy, or happy if you keep using. 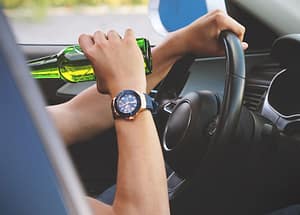 Addicts habitually tell themselves that they’re okay because they use others to gauge their level of addiction. As long as someone else out there seems worse off, their own addiction is justified. But everyone is different. Just because you snort less cocaine than your coworker’s sister and your septum is still A-OK or you haven’t gotten as many DUIs as your old friend Tom from high school doesn’t mean your addiction isn’t as bad. It just means that you haven’t fallen into that level of destruction… yet. I’ll repeat: it’s only a matter of time.

Addiction changes a person. For those who might have loved ones who’ve struggled with addiction but might not have struggled with it themselves, it’s important to realize that the addict isn’t simply choosing to use his or her drug of choice. Their addiction actually alters brain chemistry. Most substances play off of dopamine regulation, hijacking and abusing it until the body can’t properly stimulate or distribute the chemical without the help of the drug. The initial few times that an addict experienced their drug’s high might have felt good. But addiction does not feel good. Even if addicts desperately try to convince themselves that their drug use is a personal choice, it’s not. And as long as they keep justifying, they’ll keep using, and the destruction will get worse and worse.

Milestones on the Destruction Path:

Most addicts – no matter where they’re at on this destruction path – can find someone else further along and “worse off.” But this isn’t roulette or some other luck-of-the-draw game. This is the path of addiction. Again, just because you aren’t as far along down it as someone else might be doesn’t mean that you won’t get there. It’s also important to realize that this path isn’t necessarily like a Candyland game board. This is merely the general order of digression. But addiction isn’t always as predictable as all that. You can be caught drunk driving early in addiction. Your boss can catch you using at work and fire you before you ever show any obvious physical signs of addiction. You can contract an infection or even overdose during your first time using. 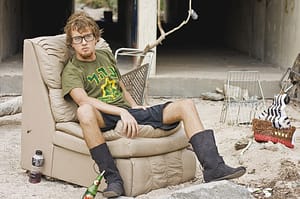 I guarantee that the man on the corner desperately trying to get some change to buy his next hit didn’t expect to ever be in that situation. Any addict who considers himself to be still functioning can virtually put himself in that end game position. It’s in no one’s plan to end up on this destructive path. And at some point in their lives, all addicts were functioning. Comparing yourself to those who aren’t able to function as well will only push you further down the path.

That comparison and denial are fuel for addiction.

Fortunately, addiction doesn’t have to take everyone. You can get help and pull yourself back up. If you or someone you know is struggling with addiction, don’t hesitate to reach out for help. Call our addiction staff at 855-737-7363 or reach out to us on our live chat.