Leia’s Last Stand: Carrie Fisher Shows that Addiction Does Not Negate Your Successes

Leia’s Last Stand: Carrie Fisher Shows that Addiction Does Not Negate Your Successes

Forget Obi-Wan for a second… Carrie Fisher, the actress behind Princess Leia, was (and still is) one of this world’s biggest beacons of hope for those who need help.

Too many people seem to equate drug abuse and addiction with poor lifestyle choices, bad behavior, and negativity. But the truth is that struggling with substance abuse doesn’t make you a bad person. It also doesn’t negate your successes. Carrie Fisher stands as our figurehead for this fact, with her toxicology report hot and steaming in front of the judgmental eyes of a hungry audience. Yes, Carrie Fisher struggled with addiction. But her addiction – like many others’ – didn’t stem from falling into the wrong crowd or a semi-accidental experiment. She suffered from mental illness and the scrutiny that society subjects its victims to. While the longterm negative effects of self-medication ultimately stole our Rebel Princess away, the work she did to help others by speaking out, breaking stigmas, and giving people someone to look to for support and hope does not fade.

Quick Update (for those who might be out of touch with celebrity news):

The toxicology report from Carrie Fisher’s autopsy was released this week. The actress had traces of cocaine, ecstasy, heroin, and other opiates in her system at the time of her death.

Whether you’re a Princess of Alderaan or a warehouse night stocker on Earth, substance abuse does not negate your successes.

Fame does not make a person immune to the insidious grasp of addiction. In fact, as members of the exclusive elite, celebrities actually have more access to substances, giving them more opportunity to fall down the dark road to addiction. Celebrities also deal with large amounts of stress. I mean, we all deal with stress from things like work and family. But celebrities deal with those things too… all while being constantly scrutinized, photographed, and talked about by the rest of the world. So many of them turn to drugs and alcohol to cope.

Carrie Fisher was basically born into Hollywood. With famous parents, she never got the chance to be “normal.” The walls of exclusivity never existed for Fisher. Princess Leia wasn’t her first role, but it was the one she was best known for. While her badassery didn’t go unnoticed, the role essentially made her a sex symbol for the rest of society. To this day, people still admit that “Princess Leia in the gold bikini” is their sexual fantasy. But this unrealistic, sexual pedestal only makes it harder for people to see Carrie Fisher as a real person who struggled with real problems.

Did you know that the object of your sexual fantasy suffered from mental health issues? Bipolar disorder was actually one of the biggest issues that Carrie Fisher dealt with. And I actually wouldn’t be surprised if many of you readers knew that. Carrie essentially pushed herself up and into center stage, speaking out about her struggles with mental illness in hopes that society might start to see it in a different light. Fisher explained that she didn’t accept her initial bipolar disorder diagnosis because of her own stigmas against mental illness. It took her four years and a second diagnosis to accept the reality of her illness. 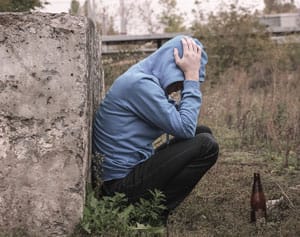 From Suffering to Self-Medicating

Many people turn to drugs and alcohol to self-medicate for mental illness. It doesn’t make it any easier when society places such a stigma on mental health. Mental illness is seen by society as a disease that detracts from a person’s value. If you struggle with mental illness, you’re taught that you’re less than good enough. Many people don’t seek appropriate treatment for their mental health issues out of fear of being judged and scrutinized by others (or even by themselves).

After Carrie Fisher accepted bipolar disorder as part of her life, she became an advocate for breaking down these exact mental health barriers. She admitted to self-medicating for her illness, saying that she took pills to feel normal, not even to achieve a high. She also wrote multiple books on substance abuse, fueled by her own struggles. Her efforts to shed light on issues that are typically viewed as taboo and controversial gave hope to communities of people that lacked support for so long. While there are other exceptions to the rule, the majority of celebrities hide their substance abuse and mental disorders.

“…If those issues are going to be public, I would rather them to be public the way that I’ve experienced them rather than someone else assuming things about me. It’s freeing to do it. Shame is not something I aspire to…” – Carrie Fisher

Relapse is a part of recovery. Try as we might to stay on track, slip-ups happen. And that’s okay. It’s not rare, impossible, or taboo. One relapse does not eliminate the work that a person did in recovery. Even if the relapse lasts a while and grows into another addiction, the person you are and the work you have done doesn’t disappear.

In Carrie Fisher’s case, it’s likely that people will let the toxicology report consume the rest of her character. “She had drugs in her system at the time of her death. She’s an addict. Addiction kills. Carrie Fisher lost her battle to drugs.” All of these things may be true. But they don’t negate any of her successes. The work that she did for people who struggle with addiction and mental health issues doesn’t change or get erased just because she was using before her death.

The same goes for every other recovering addict. Relapse doesn’t define you. It’s merely a misstep in your recovery journey – though, it should be taken seriously and handled promptly and appropriately. If you’ve worked steps, mended relationships, found your dream job, written a book, started a family, stayed sober at countless weddings, or made friends in recovery, none of that is negated by a relapse.

What to Do if You Relapse: 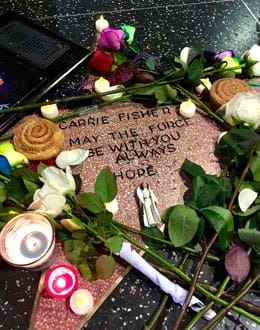 Whether you’re fighting against the Empire or not, addiction is a very real disease that can take quite a toll on your wellbeing. Carrie Fisher’s own brother admitted that it comes at no surprise that substance abuse had major negative effects on his sister’s health. She unfortunately struggled with a lot, but her work for the community and successes – in her career as well as in breaking down stigmas against mental illness and addiction – far outweigh any negative implications that can come out of her death.

Even in death, Carrie Fisher stands tall for those who are struggling. Your successes are what make you, not your defeats.

If you or someone you know is struggling with addiction, you are not alone. New Start can help you get back on track. Please don’t hesitate to call us at 855-737-7363 or reach out to us on our live chat.