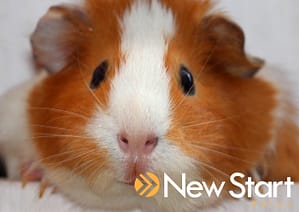 Flakka is a new designer drug that is making the news. First popping up in Florida, Texas and Ohio, there have been more than 136 related deaths in the last year. It’s cheap, very cheap, around $5 on the street. Parents and police are concerned about this highly addictive synthetic drug, and the fact that the core chemical, alpha-PVP, remains legal. Both bath salts and Flakka are synthetic cousins of the natural cathinone chemical in the Khat plant. The leaves of the Khat plant have long used in the Middle East as a way to increase energy and focus.

Alpha-PVP is very similar to the now banned chemicals used in bath salt designer drugs. These restrictions reduced the amount of bath salt cathinone-based drugs being mixed and distributed. Flakka is now filling that gap.

The drug can be smoked or vaped, eaten, injected or snorted. Users feel the euphoric effects of dopamine in the brain, with dangerous new side-effects. The dopamine builds up in the brain to higher and higher degrees. Users have compared the high of Flakka with that of meth, but as the dopamine continues to increase in the brain psychoses, hallucinations, and violent behavior occur.

Flakka and other designer drugs aren’t called guinea pig drugs for nothing. Quality control? None. Purity of the drug? Nil. Side-effects? Up for grabs. Users don’t know how much of one or multiple drugs they are getting. Flakka is often referred to as gravel because it looks like small pebbles or crystal rocks. Cheap to make, cheap to buy—and deadly consequences for adolescent users seeking a quick high at a club or concert.

Designer drugs are dangerous and often deadly, so every second counts. If you are concerned that someone you care about may have an addiction, or be using Flakka or other drugs, we are available 24/7 to help provide answers or help you create an intervention.