Why is Addiction So Common in the Creative Industry?

Why is Addiction So Common in the Creative Industry? It’s likely that when someone mentions the name “van Gogh,” you picture his paintings. Perhaps it’s the blue swirls of The Starry Night that come to mind. Or maybe you’re inclined to picture the sea foam stalks and violet heads of Irises. Whatever you picture, it’s probably not Vincent van Gogh, the man, the person, the individual. So, his struggles with addiction probably don’t immediately come to mind either, right? But the fact is, Vincent van Gogh – like so many other creative masterminds – struggled with substance abuse and addiction.

We don’t really have a hard time picturing street artists and current musicians dabbling in illicit substances. But the correlation between addiction and the creative industry dates back centuries, and maybe even longer. Edgar Allan Poe, an American writer in the 1800s, struggled with alcoholism, while Charles Baudelaire, the French poet and translator of Edgar Allan Poe, fell victim to the appeal of opium. Famous composer Tchaikovsky (you know him, trust me) and artist Vincent van Gogh (as we mentioned earlier) both struggled with their infatuation with alcohol.

And then we have the names we all recognize. Kurt Cobain famously dealt with a heroin addiction. Billie Holiday, beloved jazz singer, struggled with both heroin and alcohol abuse. Andy Warhol abused Obetrol, which is similar to Adderall today. I could keep going, but the idea should be pretty clear. Time doesn’t really matter… addiction has always gone hand-in-hand with the creative industry. The only difference is that addiction wasn’t really a pressing topic in the eyes of the general public until somewhat recently. So, our older artists were free to struggle and suffer without feeling like they really had a problem.

Addiction in the creative industry really started to attract that spotlight in the 1960s, as it appeared in those creative outlets and manifestations. For example, bands started writing songs that both implicitly and explicitly referenced drugs and alcohol. And then we have the “27 Club.” These artists were dying at age 27, primarily due to their risky substance abuse habits. The 27 Club includes Janis Joplin, Jimi Hendrix, Jim Morrison, and Kurt Cobain.

So, why do these artists fall victim to the lure of dangerous substances? One of the main reasons has to do with their desire to constantly open their creative mind to see and experience more. If your livelihood is based on your creative work, it makes sense that you would try anything in attempt to enhance that creativity. The mind-altering effects of most substances appeals to people in the creative industry because they virtually advertise “more, more, more creativity.”

Other drugs stimulate creativity in a different way. Alcohol, for example, is known to cause depression. In one creativity study, it was found that when people experience overwhelming amounts of happiness, they’re unable to feel the same creative boost that melancholy – or even lower amounts of happiness – stimulates. Perhaps some of these artists who were infatuated with alcohol found themselves to be more creative while under its calming, depressive influence. It’s basically like Skinner’s operant conditioning theory. If you are positively reinforced, then you’re likely to repeat the behavior. So, in the case of our artists, if they use drugs or alcohol and feel a creative boost, they’re likely to keep using those substances.

But Do Substances Actually Enhance Creativity?

We actually went deeper into this question in a previous article, but here’s the short story…

The thing is, some drugs and alcohol can lower inhibitions and promote riskier exploration, which can spike creativity. And if your drug of choice causes hallucinations, that altered perception might inspire a creative boost. But, for the most part, creativity can’t be taught or bought with drugs and alcohol. And using drugs and alcohol as a crutch for creativity is incredibly dangerous. It can lead to addiction, other medical disorders, and death. It’s an infinitely better idea break free of the correlation between addiction and the creative industry and use more natural stimulants and muses (like nature, love, and experience) to promote creativity.

It’s also important to note that many famous artists in the creative industry suffer from dual diagnosis. For example, Edgar Allan Poe suffered from alcoholism as well as depression. It’s not uncommon for the most creative minds to also be plagued with illness. And it’s completely insufferable because their lives completely revolve around the mind and the creativity it births. Unfortunately, mental illness can push someone to self-medicate with substances, which only increases the risk of addiction. 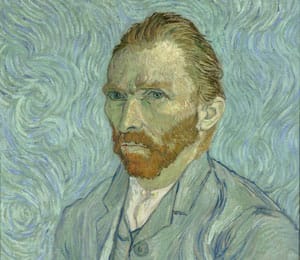 It’s easy to forget that the famous people who come to mind when we think of the creative industry are exactly that: people. Vincent van Gogh’s paintings might be beautiful and inspiring, but they aren’t his only feature. Kurt Cobain’s grungy lyrics might be what come to mind when you hear his name. But they aren’t what make him. These artists may be seen as the most creative, awe-inspiring people, but they’re also people plagued with struggles like addiction.

Letting the idea that these are actual, normal people who just happen to thrive in the creative industry slip from our minds is one of the reasons the rates of substance abuse within that industry shocks us. But people sometimes have problems and addiction is sometimes one of those problems. The important thing is that they seek help for their problem before it becomes too late. Is it worth it to be considered a creative genius if your life (which will likely be short) is plagued by the dark, insidious effects of addiction?

If you or someone you know is struggling with addiction, don’t hesitate to reach out for help. Call us at 855-737-7363 or talk to us on our live chat. New Start is here for you.