Addiction is the feeling that sobriety is inadequate and upon being given a taste of adequacy, not wanting to ever let it go again.

There’s really no way to understand what it’s like to be addicted without experiencing the disease firsthand. It’s not like explaining to someone what it feels like to get a tattoo, burn yourself, or even get drunk. Loved ones of addicts only witness the negative effects on both themselves and the addict. So it’s hard for them to understand why an addict keeps using despite those effects.

How can the high really be worth it? What does it feel like to be addicted? Why don’t they stop?

At first, addiction is a cycle between highs and lows. An addict will take his drug of choice and experience euphoria, increased relaxation, or a general feel-good sensation depending on what the drug is. When the euphoric high wears off, the low sets in until the drug is used again. It’s essentially a pleasure chase.

All of this occurs in the limbic system of the brain. The limbic system houses the brain’s reward center. Our brains have the natural ability to adapt for survival. Generally, the things that activate our reward center are beneficial for our survival. This includes water when we’re thirsty or good food when we’re hungry. However, addictive substances hijack the limbic system and make it so that it seems like the only thing a person needs to survive is their drug of choice due primarily to the release of dopamine.

Unfortunately, dopamine levels can become depleted after too much exploitation. So what does that mean for the addict? Eventually the brain won’t be able to produce normal amounts of dopamine without the drug. The lows will start to be unbearable and the person will feel like they need to use more and more. The high-low cycle stops being a cycle as the highs become the only way of life. An addict can’t feel pleased with the normal events of everyday life like we do anymore. Addiction feels like you can’t get through another minute without using because of that agonizing need to appease the brain’s hijacked limbic system.

Addictive drugs cause a hyperbolic release of dopamine. The amount of dopamine released can be up to ten times that of normal reward actions. The highs make normal, sober life seem inadequate, to say the least. 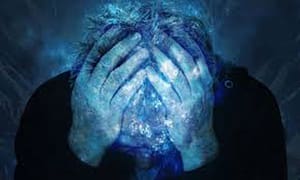 Unbearable. Before a person starts using drugs, life without the drug seems (and is) perfectly normal. But after becoming addicted, life only feels normal with the drug. On top of that, addicts can experience intense withdrawal symptoms when they haven’t used. Symptoms include, nausea, vomiting, extreme sweating, shakiness, anxiety, and even seizures.

It’s not possible to fully understand what it feels like to be addicted through research, observation, or even reading this blog post. However, it is possible to help an addict feel normal in sobriety again. If you know someone who is struggling with addiction, don’t hesitate to reach out to us at 855-737-7363. We can help them get the treatment they need.